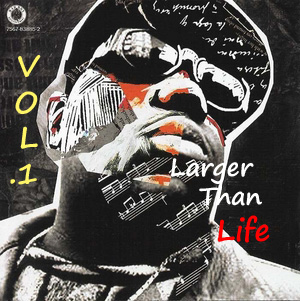 As promised, I put together a Biggie compilation for the 15 Year Anniversary of his untimely passing. Not many other emcees has been able to leave such an imprint on the hip-hop scene as The Notorious B.I.G. made through his impeccable lyrical talent, his business decisions and larger than life persona. His career didn't span a very long time compared to some of the other legends of the game, but the majority of music he recorded remains timeless and sounds as fresh and groundbreaking today as when it first was heard. Strangely enough though, BIG's non-album material and guest features are often left unheard even by people claiming to be huge followers of his work. This is nothing short of a shame considering how many masterworks of verses found releases elsewhere than on his two classic albums. Check out some of those moments represented here, TURN IT UP and REST IN PEACE to THE ONE & ONLY NOTORIOUS B.I.G.