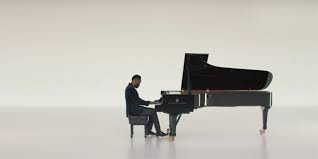 THE INTRODUCTION - How did we get at this point?
RZA and his Wu-Tang Clan brethren were one of the main reasons I feel in love with Hip Hop and also an imporant part in what made me so interested in sample based music. I've written extensively about the Wu and The RZA on these forums throughout these years, and as I made clear in my rceet artcle on "Bobby Digital: In Stereo", there's to my mind never been as talented Hip Hop producer around. He totally threw out the rule book and said "fuck it, if it sounds good to my ears it will sound good to others". Loops that didn't fully connect, sounds of rusty chain being dragged throughout entire songs, loops played backwards and accentuated by a scratch, and often extremely simple piano lines (which wss a main feature of "Return to the 36 Chambers"; ODB's debut). Even Pete Rock has gone on record saying that he was flabbergasted that he was able to make stuff like this come out as dope, but he couldn't other than recognize his genius. RZA was always a DJ and went entirelty by ear, if a number of elements might work, if it souded good once he put it together (many producers like True Master has likeed his production style and layering of samples to a house of carts - if one card/sample falls, everything is blown). There's a saying that if it's not broke, don't fix it - but few producers has moved so far from his original style so that he has alienated a large majority of his old fans. 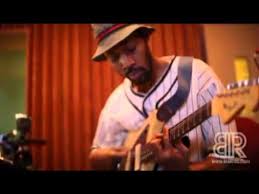 The first big change happened in the early days of recording "Wu-Tang Forever". When visiting a music store to buy 10 000 USD worth of samplers, computer software and production tools, he had a sort of "epiphany" if you will. The store clerk, or music demonstrator or whatever, recognized RZA and being one of those obvious hip-hop haters, and even worse a disgrunled wannabee musician that couldn't work with music other than selling the materal to real musicians. Recognizing RZA he not only attacked this man whose music was praised by millions of people, he went as far as saying that The Abbot wasn't even a real musician by any stretch of the word. As RZA grew up on the Stax, Motown and classic Soul of the '70s he probably had long wanted to play an instrument and compose in the same way as masterminds like Al Green. This was the day that the seed that gradually started to change Wu-Tang's music was gradually beginning to change. Diggs started reading up and studying western music theory which of course is a truly great and important mathematical sysem, though it somewhat doesn't conform with the sound of sample based Hip-Hop. As RZA was still on his old path (putting together sounds like a DJ, by ear, at his point) I'm sure that part of his immersion in this musical theory originally gave him some amazing insights that allowed him to do some absolutely marvelous ish by conforming to two worlds. The first beat he applied his newfound knowledge on was the Wu-Tang Clan single "Triumph" and many other songs on "Wu-Tang Forever", and then "Bobby Digital (In Stereo)". The problem was that the unpredictability of a RZA sample slowly started to diminish more and more throughout the years, and that had been one of the main things that really was his niche.

To say that RZA learning and understanding western music theory and striving to learn instruments like piano and guitar single handledly destroyed RZA's legacy as the greatest hip hop producer of time is nothing short of plain bullshit. It was more weapons at his disposal but you could sometime tell he so despearetely felt he wated to be an accepted "real" musician that he forgot his origins and like him and his Wu brothers (and many others) often has said - "you can't know your future unless you know where you came from"). There's amazing RZA productins where he succesfully meshes the western musical traditions, symphonies orchestras, his knack for cinematic scoring (which has always been evident in his music since the mid-'90s) with raw rhyming. Some of the best examples of more recent songs are "Fatal" and "Thirsty" from the "Blade Trinity" soundtrack and the absolutely mindblowing "Chambers Of Fear" (see above). And he was still giving artists like Ghost ("Run", "Kunta Fly Shit", 2004), Mehtod Man (five tracks on "4:21", 2006) and Masta Killa (three tracks for "No Said Date", 2004) that vintage Wu sound. Not to mention something super gritty like the "Brutality" single for Sunz Of Man member Prodigal Sunn that was released in 2005 - or how about the more recent joints he gave Game and Talib Kweli, respectively.

I could easily make a compilation of newish RZA beats that still bangs HARD as hell to show you that he can bring that back when he wants to. But I'm not going to act like RZA is the producer he once was neither. Whenever The Abbot drops a really hot beat that make you throw on the stink face is getting rarer and rarer. For me the last RZA produced albums that I really and truly fell in love with from fron-to-back was "8 Diagrams" (yep, I said it - amazing album right there, and I'm going to write a separate article on that one soon enough ro expand my thoughts on why I think its one of the best albums of 2007) and the "Afro Samurai" soundtrack(s) (mainly the first one, though the second one was about 50/50 on the bangers scale - so combining them as I have suggested before makes for a damn fine album). "A Better Tomorrow" was not a bad album but it wasn't what we as Wu fans wanted to hear, but whereas its group predecessor had a whole lot of character, was experimental in nature and carreid a somber mood throughout this album sounded somewhat run-of-the-mill.


And now there's this collaboration with guitarist, singer and instrumentalist Paul Banks of alternative rock band Interpul. An unexpted collaboration if I ever heard of one. I have a hard time imagine there's many people who are both Interpol and Wu-Tag fans and though I only heard the album one time, I really don't have any urge to play it again. The juxtapoisition of these two musical styles sound rather forced, yet it's its own thing and i don't think it will really satisfy either Wu fans or Interpol fans. RZA's verses sound to self-conscious as he feel the need to say something profound but ofen falling flat. Some of the beats have interesting aspects but then they are co-producitions that are musically world aparts. I kind of like the first single "Giant" and there's music that can be repated here but overall it's the most dissapointing album The Abbot has ever been apart of. Of course he's not going go back to Gravediggaz days but it's quite clear he didn't give two fucks about his oriignal fans her - instead it seems he was aiming for recognition by the white indie press and fans, which is just said consiering that this is the guy whose music that everyone from Hollywood actors, to politicanss to the junkie on the corner loved. But the music they love him for is already there and was made between 1992 and 2006 (some would say 1998 but I think it's idiotic to claim RZA hasn't doe much marvelous music since then, albeit less frequetly). 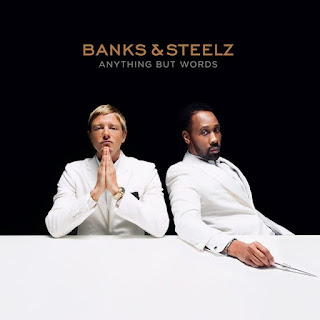 "Anything But Words" isn't something anyone but RZA and Paul Baks themeselves would want to hear, and this is coming from someone who has always defeneded and embraced (most of) The Abbot's musical changes and challenges. Will we ever see a classic RZA produced album again ? At this point and time, it seems unlikely but he has suprised us before. These days it seems that the best RZA helmed tracks apepars on the various soundtrack he's working on. "The Man With The Iron Fist" was actually a very dope album and though he didn't really produce the majority of them, he was the de-facto leader and mastemrind behind "Chamber Music" and "Legendary Weapons" - a collection of Clan members, Killa Beez and underground New York emcees entangled in rhyming sessions on a given topic, set to the live rendition of typical hip hop beats  y The Reveleations. All very solid albums, and despite what some might ´say, there's still hope for future Wu bangers, but  remember it's not 1995 anumore.
Posted by lost.tapes.claaa7@gmail.com at 8:11 PM