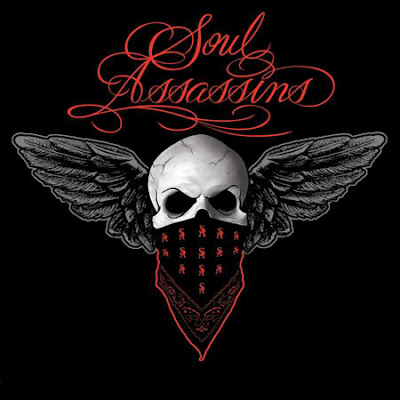 Call O' Da Wild was a duo consisting of Harlem rappers Barron Ricks and Angelo Campanioni who were active for a short number of years in the mid-'90s. The group were closely affilliated with DJ Muggs and part of the Soul Assassins, appearing on the first S.A. album with their track "New York Undercover". They only got to release two exclusive 12" singles, in '95 and '96 respectively, as well as appearing on the soundtracks for "Bad Boys" and "Gravesend" roughly between the same time before fading into obscurity. Barron Ricks, however, released a 12" of his own in '98 including the B-Real and Chace Infinite featured "Rags to Riches" as well as the Alchemist laced "Harlem River Drive" on the flipside. Most people probably knows him best for the many cameos on Cypress Hill's "IV" from that same year, even making an apperance on the classic hit single "Tequila Sunrise". Following a few other guest roles on records by DJ Hurricane, Princess Superstar and The Baldwin Brothers (?!) he too seems to have left the rap game alone, for what reason I'm not sure.

The group of Call O' Da Wild were signed to the SONY label and worked on an album with DJ Muggs as the executive and main record producer. If you look in the booklet of the CD version of the "Unreleased & Revamped" EP, there's even an ad for the LP with the text saying "coming soon". Eventually completed sometime between 1996 and 1997 the trio handed in their material to SONY who deemed to album to hard to sell since it didn't have any possible radio singles. This seems like an incredibly idiotic idea on the labels part, considering that DJ Muggs was a huge part of it and The Hill were one of the biggest rap groups around - despite not putting out commercial joints. Reminds me of the Sylvia Rhone situation that Pete Rock faced at Elektra when he tried to pich his groups InI and Deda, but that's another story. Following this, Call O' Da Wild broke up and their album were left definitely shelved. DJ Muggs said on the group and the shelved album, "Call O' Da Wild broke up right after their album was finished for SONY, and they thought they were superstars before they record even came out... I have the album on a DAT tape in storage somewhere".
Every song the group released were compiled and uploaded by the homie Pattch82 over at the Wu Corp Forum a while ago, and with permission I'm putting it here on The Lost Tapes. Really the only thing I did was arrange the sequencing a bit differently and replaced a few tracks to versions with higher bitrate so all props goes to Pattch82, thank you man! Included are all the singles and B-sides, soundtrack joints, two unreleased tracks that were put up on MySpace a while ago plus the two tracks from Barron Ricks solo 12". If you're a fan of the DJ Muggs sound around "III - Temples Of Boom" (and who the hell ain't?), you're definitely gonna enjoy this one. So crank up the volume, sit back and let Ricks and Campanioni take you on a ride back to the '90s.

All songs produced by DJ Muggs except track 1 (Jerome Foster & Sean Matthews), track 4 (The Alchemist) and track 6 (Sean C & Knobody). A couple of the tracks are also solo songs by Barron Ricks, since they are lifted from his 1998 12" single "Rags to Riches" with the flip side "Harlem River Drive". But even official group albums often include at least one solo song from each member, so in my opinion it really don't take away anything frm the overall experience. Last but not least, shouts to the forum poster Supreemo for designing the cover/artwork you see below. Aight, 'nuff talk, dowload, press play and LET IT BANG because this shit really, really KNOCKS! 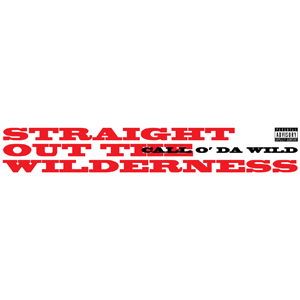 CALL O' DA WILD - "STRAIGHT OUT THE WILDERNESS"
Posted by lost.tapes.claaa7@gmail.com at 3:55 AM