I rarely post singles these days when I do it's something that holds a lot of personal value to me. Since GZA's new single "The Spark" is the first full track on the subject of his "Dark Matter" album, this is incredible.. he's surgically on point with the rhyme scemes, concepts and listening to this first joint for the first time I was immedatiely flabbergasted by both the production and rhymes on "The Spark" which really compliment eachother. GZA is the most talented dude in the Clan, and one of the true pioneers and such, and his voice and energy (when it gets it right proves that he's an absolutely ecellent emcee - you don't get the nickname by accident. And as such he's often more of a genius now than he was during the Wu's beginnings.

While fans complained immensely on 2008:s "Pro Tools", not because it was bad produced, badly written or held together like a weak project - but GZA's drowsy voice and  the feeling he wasn't really into it anymore (one exception was the excellent True Master laced "Alphabets"). With "Dark Matter" (as it is called, and will be released on BabyGrande) its clear that he has never before worked as hard on an album before lyrics wise.... So it might still be some time before we get it. But as long as we get quality I'm happy waiting. It's also clear that some of the lyrics he wrote for the album appeared on "A Better Tomorrow" which means he has written more verses that are better than what he started with, and his verses on tracks on there were fierce for the most part. 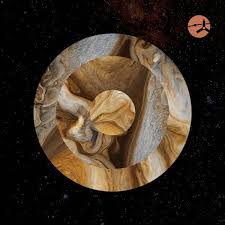 The song is produced by Paul Ryder of alternative rock band Happy Mondays but it does certainly not have a indie rock vibe to it - this is pure hip-hop. Fans on boards speculated it might be a DJ Muggs beats before the credits were revealed. The single is available on iTunes now but is originally a project for NASA's collaboration with Apple Music to curate a playlist for its Juno Mission who's unmanded probe is set to reach Jupiter's orbit today (July 4). Check out the YouTube stream up top and if you want to support for the cause you can head over to iTunes and purchase the song.