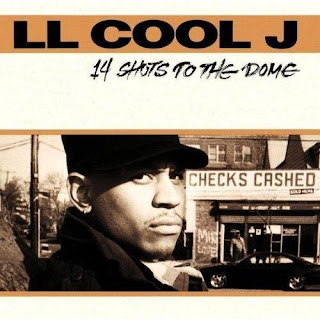 LL Cool J has had a pretty strange career and these days he's almost all absolte (although I was one of the few who actually found a lot to like on "Exit 13"), but his early work from 1985 to 1995 brought him up to legendary status and that can never be taken away from him. From his incredible debut "Radio" which revolutionized the way Hip Hop was supposed to sound with its minimalist production (reduced by Rick Rubin), the young LL's sure shot flow and cocky lyrics delivered with that unmistakable voice and flow - man that was something else. "BAD" was another good album, but it didn't quite pack the punch of his debut although it featured several cuts that was on the same level as the debut. The rauncy lyrics was still there, and having switched producers to the L.A. Posse which featured the extremely talented and severely underrated DJ Bobcat, a long wwith Dwayne Simmons and sometimes DJ Pooh the album featured an unmistakable raw sound best exemplified on the title track, the fun rock anthem meets DJ extravaganza "Go Cut Greator Go", the storytelling (although basic) on "The Bristol Hotel" and "My Rhyme Ain't Done" and the powerhouse performance of "Ahh, Let's Get Ill". This was LL's true breakthrough album and the main reason was both it's strenghts and biggest failure - "I Need Love". A sugar sweet love serenade, not much more hardcore than anything from Michael Boltons catalouge it had girls going crazy but alienated many of his street fans that came up on "Rock The Bells", "I Can't Live Without My Radio" and "I Need A Beat". The success of "I Need Love" would be a blessing and a curse if I ever saw  one - it gave LL's first real hit single, and it made him realize that he should go after the ladies more with these sugar sweet hip-hop ballads. On the other hand, I respect it because it was a niche that hadn't been done to that extreme before and it was imporant in thoe days that each big rapper had a gimmick or niche of his or their own.

The follow-up "Walking With A Panther" was as misguided as can be on so many levels, and it showed a clear disconnect on what LL thought his fans wanted from him and what society in large wanted from an Hip Hop emcee at that time. The cover sported him with a black panther, clearly trying to casch in on the Black Power movement label mates like Public Enemy was fully immersed in. The problem was that except for a couple of Bomb Squad productions the album was filled with braggadocious rhymes and songs aimed for the ladies. And on top of that he cut the two best tracks from the LP - the Rick Rubin produced "Going Back To Cali", "Jack The Ripper" and the classic LL "Crime Stories" (they all turned up on the cassette only). With this LP people were definitely counting out Uncle LL, but as the artist he was he wasn't let one wack album halt his career. Instead he got with the hottest producers of day; fellow Queens/Juice Crew superstar Marley Marl and produced one of the best comeback albums hip-hop has ever seen in "Mama Said Knock You Out" - it featured "Around The Way Girl", but that was more New Jack Swing than sugary ballad and otherwise it was filled with hardcore Hip Hop joints, impeccable lyricism, funky beats, and one of the most powerful Hip Hop singles ever recorded - the title track, produced by Bobcat and Marley Marl. This was a triumphant return if I ever saw one! 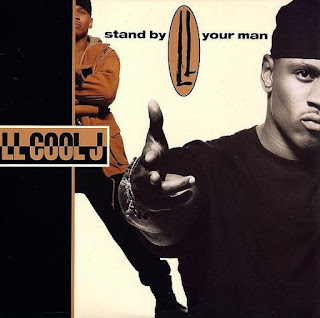 But how do you follow up such greatness? LL continued working with Marley Marl and Bobcat (as well as relative newcomer QDIII), and right from the first track - "This Is How I'm Comin'" with it's powerhouse knockout of a beat, pounding bassline and agressive flow it was clear that this was an attempt to create "Mama Said..." the sequel. To my ears it certainly works, I absolutely love that record to death. There were some suspect cuts like "Pink Cookies In A Plastic Bag Gettin' Crushed By Buildings" (you'd have to look for a more hamfisted metaphor - the remix by Easy Mo Bee which was used by Easy Mo Bee was straght fire though), "Stand By Your Man" and "Back Seat Of My Jeep". The main criticms of the album at the time was that critics and some fans felt that LL was overly influenced by Treach of Naughty By Nature and tried to become somewhat of a thug rapper. To me this was never a problem, at all, LL is a actually a good actor and when he rhymes stuff like "Saber tooth, the truth/ Ha-coot, spit the juice!/ And let the hot ass lead loose and let it fly/ Betty bye bye if you're ready to die" I don't feel he's more inauthentic than the vast majority of these studio gangsters out here everywhere. And he got the flow and beats to back it up - matter of fact, flow wise and some of the production is even heavier than it's masterpiece of a predecessor.

I'm writing this post to give the album the credit I think it really deserves as it has been put down so much. I can imagine alot of people in this day and age have considered buying it, looked at the reviews and felt that it wasn't for them. But tracks like the [uncredited] K-DEF productions "Funkadeli Relic", "Straight From Queens" and the Lords Of The Underground assissted "No Frontin' Allowed" stands among LL's most fierce productions of all time and I can't see how any LL fan can dismiss these bangers out of hand like that. Not to mention the album closer "Crossroads" - a continatuion of the final track of "Mama Said..." ("The Power Of God") but with LL going much deeper showing that he's far from a a one- or two trick pony, and all set over one of Bobat's most ambitious productions of all time. Here's what he had to say about its making - "One of the greatest records that LL and I have ever done is called “Crossroads” and it’s on that album. I used a full harmonic orchestra on that record in New York. We used 105 tracks on this song. This song is the most complex and unbelievable masterpiece I have ever created ... Go back and listen to that. I personally know that it would have taken LL’s career to the next level because you know you can only stay at a street level or mainstream level for so long and then it’s over with. You’ve got to go somewhere else with your sound and that song I believe would have taken him to that next level." (Source) It's the perfect album closer to an already intense albums that showed more range from LL than perhaps any other album he's done either since and when LL stopped working with DJ Bobcat and Marley Marl he only had one truly great album left in him ("Mr. Smith" - though I know that's debatable to some). The only true missteps of the album is that they couldn't include K-DEF's absolutely mindblowing creation for the album "Year Of The Hip Hop" and the oriiginal Dr. Butcher version of "Soul Survivor"... Oh well, you can't win them all!


If you are or used to be a fan of LL and had heard a lot about bad things about this, or just dismissed it out of hand on its original release be sure to give it another chance because to my mind this and "Mama Said Knock You Out" are sister albums and perhaps LL's three finest albums along with "Radio". One thing's for sure, he pumped out true quality classics for a 10 year period then had some quality albums and singles throughout the years so no matter how much BS he continues to release at this point he will always be a legend in my mind. Below you'll find a selection of five songs that are either remixes of songs on the album (the three first songs), one song that didnä't make the final cut because of sample clearance issues and a 1993 remix he did as a favor to Mary J. Blige feauring a short LL verse which I added as a bonus to this EP comp. Enjoy!