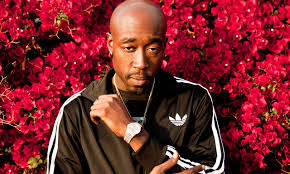 Last week I saw Freddie Gibbs perform  a blazing 90 minutes set ar KB (Kulturbolaget), Malmö, Sweden. No hype-man, only a DJ at the back and his mic presence was nothing short of incredible. A true emcee if I ever saw one - with no bling and other stuff distracting from the music Gibbs gave his best performing in only jeans and a white Tee, and the setlist was absolutely terrific. The Gary gangster performed outsanding versions of some of his best tracks from "Pianta","ESGN", "Shadow Of A Doubt", "The Miseducation..." and some of his iller guest spots. Since I am, even in this day and age, an album guy, I didn't truly get into Gangsta Gibbs unti his modern day classic "Pinata" (2012) with Madlib. While Gibbs gruff voice and gangster mannerism and thuglife boasting isn't really nothing new, he does it with same conviction as 2Pac and legends of that stature and there's never a case in which you don't believe him. Then you enter his current muical partner Madlib which he did the entire "Pinata" album with and the marriage between 'Lib's sunny soulful, chopped up sample goodies has never been attacked by an emcee in such a manner before - making "Pianata" a truly original album that will be regarded as a classic a couple of years from now. 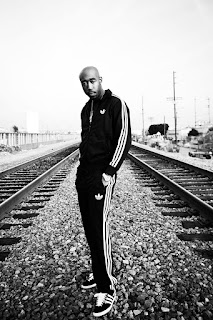 The night included material from his early mixtapes, his mini-albms, his two real LP:s and then some, and through the years Gangsta Gibbs has popped up everywhere as an impeccable guest features on some hard hitting beats by the likes of Alchemist, Just Blaze, Statik Selektah, Madlib (including the cherished B-sides from the "Pinata" LP) and more. There's no denying that Gangsta Gibbs is one of the more interesting and original artist to emerge out of this decade, having released an album with Madlib that's about as dope as "Madvillain"was in 2004. Gibbs is also one of the rare breeds who's at home with a multitude of different styles - he can get busy over soulful, obscure sampe chops, banging West Coast bangers, NY bom bap type beats, Trap beats and then some. I can't think of any other artists who can handle that entire range of modern hip-hop with that kind of authority - another aspect that makes him one of the greatest doing ir right now. And this live concert was ample proof that Gibbs is not only a great studio artist but an all-around great artist, both on and off stage.

Following the combination of "Pianata" and this outstanding concerts there was no doubt i my mind that there was time for a Freddie Gibbs compilation here at The Lost  Tapes, something I've been meaning for a long time anyway. This 20 tracks compilation mainly focuses on Gibb's guest spots, a few B-sides and remixes from the Madlib sessions, as well as the single "Freddie Soprano" which is just too dope to sleep on. It's very likely you'll find a Volume 2 here @ The Tapes in a couple of week or so, but this is the real deal so turn out, tune in and DROP OUT.... and don't forget to TURN IT wUP!! 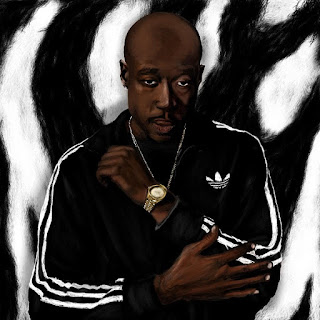 FREDDIE GIBBS - "GANGSTA GIBBS VOL. 1"
Posted by lost.tapes.claaa7@gmail.com at 5:45 AM