Now I know damn well that three weeks is a lifetime on the world wide web but considering I haven't been posting for The Lost Tapes at all I never got around to post about Sadat X's latest album when it dropped. You don't have to worry that I'm going to backtrack and post all sorts of stuff that dropped in that interim but this one is special to me. Called "Sum Of Man" Sadat X teased about it quite some time ago, saying his next album would be entirely produced by super producer Diamond D. Truly a man of his word, the two has been hitting the studio hard to create a solid twelve joints that's nothing short of certified Hip Hop. The Brand Nubian emcee and the D.I.T.C. production maestro has been working together for a large chunk of their respective career, ever since Diamond laced the classic Nubian single "Punks Jump Up to Get Beat Down" (in three equally sick versions) and X and Lord Jamar returned the favor by appearing on "Stunts, Blunts & Hip-Hop".

Just like he did with Southern hardcore spitter BIGREC a while back the sound and atmosphere is perfectly catered to Sadat X smooth style, intelligent lyrics and unmistakable voice, at the same time as it's unquestionably carries signature of Diamond D. The record is all about these two, a celebration of their 25 year long musical relationship, but guests turn up in extended family like Jawz Of Life (seen and heard on the first single, above) Kurupt and Tha Liks, former Terror Squad crooner Tony Sunshine and the always impressive Raheem Devaughn. I've only heard the singles so far but I'll definitely be listening to the entire LP later today. The release of this album hasn't exactly been big news so hopefully this post might shine a light on the project for some other heads who's been sleeping. The album is released independetly through Dyamond Mine Records and can be purchased in both digital format via iTunes and on vinyl @ Fat Beats or Amazon so pick your choice but do support this! 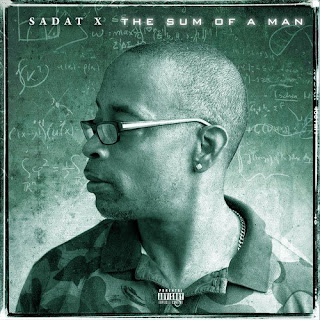