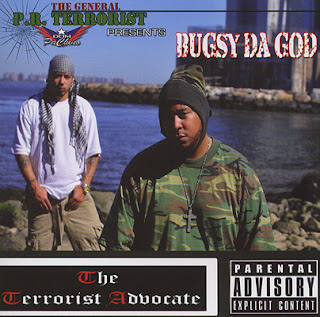 The Killarmy was one of the rawest, most unique and original crews to ever emerge under the Wu-Tang umbrella back in the late '90s. The six man crew and their heavily underrated producer 4th Disciple dropped the classic "Silent Weapons For Quiet Wars" in 1997 and you'll be hard pressed to find a hardcore enthusiast not loving that album for it's progressive production and militant street themes. Between 1998 and 2001 they dropped two additional albums, "Dirty Weaponry" and "Fear, Love & War"; both banging albums but since then it's been quite quiet from the six emcees and their producer, at least as far as a unit. Any news on new music from the group will have any Wu-Tang followers mouth watering so when rumours from official sources about a new album being in the works started circulating in early 2010 we were all hyped. The word was we was going to have the first single in June of that year, a track called "The Sound of Gunz", provided by Wu-Element producer Bronze Nazareth. It turns out the song ended up on P.R. Terrorist's protogé Bugsy Da God's new album "The Terrorist Advocate" and features verses from Dom Pachino and Shyheim. The new Killarmy album is still in the works but they decided to use a 4th Disciple track for the first single instead which sounds like a good desicision and now that Killa Sin is out the album can really become the comeback LP we all have hoped for.
Bugsy Da God's album that just dropped is a certified underground banger that captures both the New York underground and vintage Killarmy sound from the tracks I've heard so far. It also has a lot of Dom Pachino verses on there as he is the presenter of the LP and it also features production from 4th Disciple, Bronze Nazareth, Lord Beatjitzu and a gang of lesser known beatmakers that nontheless represent. I can certainly recommend this, you can order the album and check the tracklist/artwork @ Undergroundhiphop.com and check him out @ his myspace. Below is a taste of the album that also works as a glimpse into the coming Killarmy project since it's a scrapped track from there as I mentioned, and even a considered single at that.
BUGSY DA GOD FT. PR TERRORIST & SHYHEIM - "SOUND OF GUNZ"
Posted by lost.tapes.claaa7@gmail.com at 2:03 PM