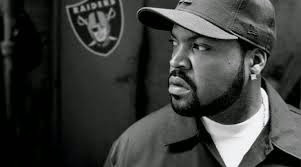 There's no question that I am first and foremost a East Coast fanatic, but that doesn't mean that there's not plenty of classic music from the West Coast and the South that I feel have done just as much for the culture as the biggest names in New York - guys like Dr. Dre, Snoop Dogg, N.W.A., Ice Cube, Geto Boys, Scarface, DMG, OutKast, Ras Kass, Souls Of Mischief and the Hiero's, and newer guys like Fashawn to name a few. Lately I've been on a real early Gangsta trip, dusting off especially the classic Priority and Death Row records, a long with the Geto Boys and its solo members. One legend in particular that I might have listened a little more to the last few weeks are Ice Cube, and his four first albums which are all either classic or real straight up bangers. Having listened so much to "AmeriKKKa's Most Wanted", "Kill At Will EP", "Death Certificate", The Predator" and "Lethal Injection" lately, I still feel that my thirst for classic Cube still wasn't quenched and his later albums, while having its moments, just don't match his original early-to-mid-'90s output.

Luckily for me and and fellow early Cube fans the many singles released promoting the four albums mentioned above came packed with a lot of hot B-sides, the ocassional remix, and Cube was spitting some hot guest spots on cuts by people like Yo-Yo, Da Lench Mob, Ice-T, 2Pac, King Tee, Willie D, Scarface, and KAM, I have put together the first Lost Tapes compilation since the hiatus for y'all. Representing the best the West ever had to offer, "Another Lethal Injection (1990-1994)" features 18 incredible cuts with Cube in the centrum, going over beats mostly as funky as the shit he grabbed for his own album - giving credence to the rumor that Cube wasn't only in it for the money, but always wanted to show his best side to the world. This compilation is a must hear, not only for the nostalgia but for music that are timeless and still hold up to this day. Press play and get your G on! 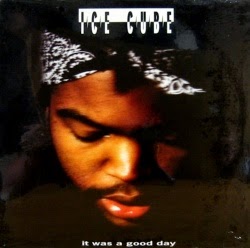 
* I don't know why but you need to write in this password to download - qJvfsORrs3KSgqCs5-w73M_nqJy5h8FAkuyevJlEb30
Posted by lost.tapes.claaa7@gmail.com at 5:16 AM