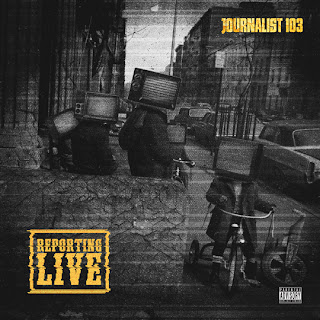 Journalist 103 made his name known as lead vocalist of Detroit trio The Left and their impressive debut "Gas Mask". Now, he's prepping his own solo project, "Reporting Live" which will be out on BabyGrande on October 30. Production include Apollo Brown, Oddisee, Snowgoons, ATG, The Audible Doctor, and more. The first single is a real stand-out on both the lyrical tip and from Odd's triumphant backdrop.

Posted by lost.tapes.claaa7@gmail.com at 7:32 AM