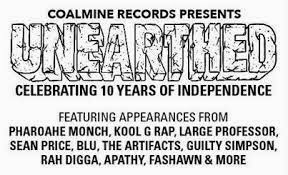 As far back as September 2012 Coalmine Records announced the release of an upcoming compilation album featuring exclusives from their label roster. A whole bunch of singles we're released from September '12 to the late spring of '13 but then any word on the project just seemed to die out - despite all singles being pretty damn mindblowing. Lucky for us, it turns out that the project was simply on hold and both a tracklist, artwork and release date has now been announced. The 20+ tracks that makes up "Unearthed" is mixed by the legendary DJ Revolution (released May 13) though a Deluxe Edition will consist of an unmixed version of the project (released May 27) which also includes three bonus tracks (including a brand new Diamond D remix).

Check out the tracklist below and click on the linked songs to listen; damn, I didn't realize just how many of these singles have already been released but almost every single track here are up for streaming so enjoy! I gotta say all these joints on the same project found here is simply unbelivably sick. You can pre-order @ FatBeats, UGHH or iTunes. 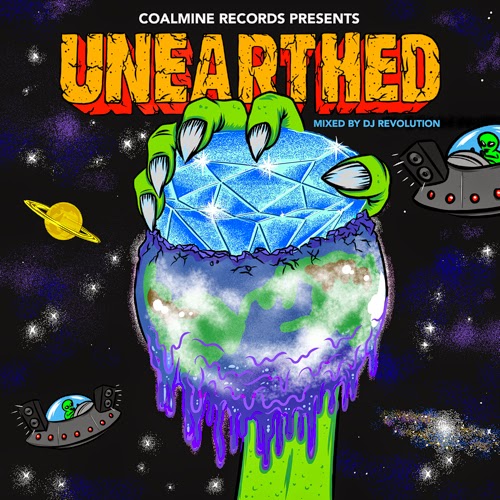