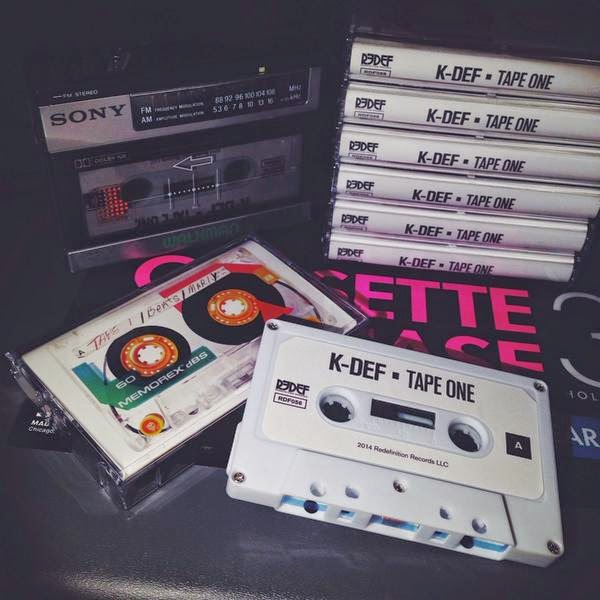 The Lost Tapes love K-DEF simple as that, the New Jersey born producer is one of the few working artists today that I pretty much cop everything from (at least when my economy allows it). I first became aquianted by this genius producer from his work with Marley Marl back in the mid-'90s, and he has laced classics for Tragedy Khadafi, Ghostface Killah, UGK, Mic Geronimo, Ol' Dirty Bastard, LL Cool J, Diddy and so many more. And that's not even mentioning his own group with Larry-O; Real Live, who released one of those truly slept-on mid-'90s masterpiece in "The Turnaround". Last year he released "Tape One" (on cassette and vinyl) via his new home Redefinition Records, featuring previously unreleased beats from 'DEF recorded between 1989 and 1993. While it wasn't one of his strongest releases, it sure made for an interesting listen. Redef is currently selling out the original cassette tape edition for as cheap as 5 USD.

Now the mastermind behind classics such as "Funky Child", "Funkadelic Relic", "Year Of The Hip Hop", "It's Over" and "It's Getting Hot RMX" is preparing a second installment in his "Tape" Volume series, and it might be closer to completion that you'd think. K-Def posted this on his Instagram and Facebook accounts a couple of days ago but finding that specific post seems to be a hassle so take my word for it. Take a listen to Volume One below in the meantime.

Posted by lost.tapes.claaa7@gmail.com at 2:59 AM