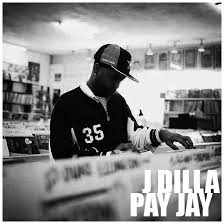 What can I say but wow?! J Dilla's "The Diary" (previously known as "Pay Jay") will finally see the light of the day! This has been among my most anticipated album for YEARS by now and all the teasing from MCA, Stones Throw and most recently RappCats about releasing this has been an ongoing drama since 2002. There has of course been a slew of posthumous releases since the great producer and rappers tragic passing of Lupus related illness - some have been brilliant ("The Shining" and "Jay $tay Paid"), some pretty damn good ("Lost Tapes, Reels & More" and "Dillatronic") and some weaker ones ("Rebirth Of Detroit", "King Of The Beats" and a bunch of mixtapes with various emcees going at it over Dilla beats). The huge difference between those albums (except for "The Shining" which was close to completed by the time of Yancey's death) and "The Diary" is that this is actually an album that Dilla put together and intended for release during his lifetime. As such it is the final true project the world will ever hear from J Dilla and as such I am grateful for the fact that it is being handled with the respect it deserves. 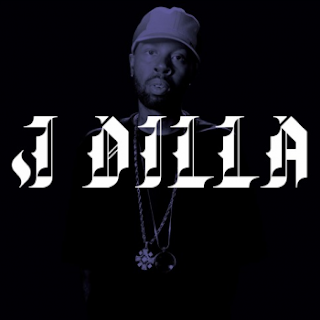 "The Diary" was supposed to be the follow up to Jay Dee's first solo album after leaving Slum Village; "Welcome 2 Detroit" on BBE. After successes of producing Gold selling records by the likes of Busta Rhymes, Pharcyde, Common, De La Soul and Erykah Badu, MCA Records decided to sign J Dilla for an album contract. His only term was that they would also have to sign his friends Frank-N-Dank and release an album by them, fully produced by Yancey ("48 Hours"). As if that wasn't controversial enough, considering nobody outside of Detroit had ever heard of F-N-D at the time, the album Dilla was putting together for MCA would have him rhyming over beats by other producers. Grabbing Pete Rock, Kanye West, Wajeed, House Shoes, Hi-Tek, Nottz, Madlib, Supa Dave West, Bink!, Karriem Riggins and ?uestlove he set out to record the album simultaneously with "48 Hours" doing pre-production work at his home studio before doing the final sessions over at Studio A, Dearborn Heights in Michigan. As usual Todd Fairall was the engineer of the projects.

Perhaps not too suprisingly MCA didn't really know what to do with either album and when they were swallowed up by Geffen Records in late 2002 a lot of artists were dropped from the label - as was both Dilla and Frank-N-Dank with both albums getting shelved. A semi-official bootleg of the Frank-N-Dank album quickly hit online stores and some retailers but "Pay Jay"/"The Diary" was left as a mythical curiousity, save for the classic single "Fuck The Police" which became a favorite in many DJ's arsenal at the time. Soon after this unfortunate debacle Dilla left Detroit behind and moved to Sunny Los Angeles and Stones Throw Records. As former Stones Throw A&R Eothen "Egon" Alapatt tells it the album never completely left the great producers mind and around his last year he still wanted it to be put out to the world in the way it was supposed to be heard. All the beats and rhymes were finished though there was a lot of legalities surrounding the project (different labels, lots of different producers, guest artists, etc.) that made it hard to release. There were also some minor tweaking to be done on the LP before it could be presented as complete - for example the song "Gangsta Boogie" was supposed to feature Snoop Dogg and Kokane, but they had never managed to get the Snoop verse in time. This was problematic due to the fact that Dilla even shouted out the songs guest artist in his verse.

Then in 2008 an unathorized bootleg leaked to the internet featuring 10 songs of the project (and an alternative mix of one of the tracks). The "Pay Jay" bootleg was clearly unfinished, unmixed and unmastered, yet many fans uses this form of the album when dismissing any part of the project they didn't like. This is plain stupidity in my mind, considering that the sound quality is shit, the sequence is out of order, it is incomplete and wasn't even mixed properly. This became even more evident when RappCats started releasing EP:s of songs from the album to get the necessary funds to complete and release the album - not only did it show us that several songs featured completely different beats but the tracks that were musically the same (like "Diamonds") sounded miles better when properly mastered and mixed. In other words, no matter how many times you've heard that bootleg, you haven't REALLY heard the album as it is supposed to be heard yet. One thing I do find both intriguing and a bit irritating however is that the leaked unathorized copy had a song called "We Fucked Up" featuring Frank-N-Dank that was produced by KanYe West before "The College Dropout" made him a star. On the Pay Jay EP and upcoming album release this song has been replaced by a Dilla produced remix (or a premix?) renamed "The Anthem". To my ears the Kanye version clearly sounds like the original mix that the verses and chorus were recorded to which makes me wonder if the decision to exclude it has more to do with politics than any artistic choice on Dilla's behalf. Could it be that Kanye didn't want such an early beat to be presented on a new release? It all seems strange considering that West has voiced his admiration of Jay Dee many times before (most recently in the excellent Stones Throw documentary "My Vinyl WEighs A Ton").