The debate about commercial Hip Hop vs mainstream Hip Hop was as hot a topic back in the second half of the '90s that it is today, and I sure took a stance against many artists that I later had to backtrack on and admit I had been sleeping on some serious talent. It was nothing as watered down as the mainstream bullshit we hear today though - trust me I will never backtrack on calling out wack juice artists like Chief Keef, Rick Ross, Lil' Durk, Stitches, the entire Trap movement, and so on and so on, but back in the days a popular emcee like Jay-Z and later Eminem had underground heads divided while failing to realize (or denying) their immense talent. 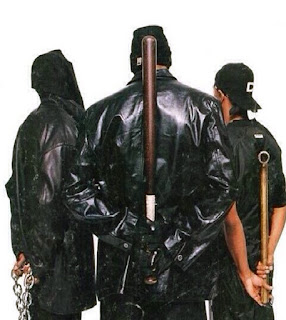 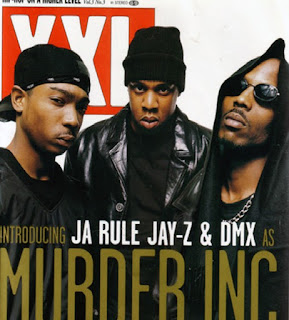 With that out of the way any serious Hip Hop fan not too wet behind the ears knows that Irv Gotti's original plan for his Murder Inc. group was a trio album featuring Jay-Z, DMX and Ja Rule. Now the latter is an artist I still don't have much respect for, as I really feel he never did anything worthwhile but listening to some of his verses from back in like '95 he did have some semi-hot shit on the table nontheless. There were some bad blood between DMX and Jay-Z and between Ja Rule and DMX and though songs were recorded they remains unreleased til' this day. We only got "Murdergram" on the "Streets Are Watching" soundtrack, "It's Murda" on Ja's '99 LP "Venni Vetti Vecci" and a couple of older, perhaps a little more rare (to the not initiated underground head) records like their meeting with Mic Geronimo on the excellent "Time to Build". This is well known to be the first record all three of these guys first appeared and was produced by Irv Gotti like the rest of the records (whereas some were co-produced by Ty Fyffe). Well, it used to be well known but it turns out that there was what is perhaps an earlier record, or at least recorded around the same time, called "If It's On, It's On". The '95 underground sound is evident as it's a vintage posse cut starring Jay-Z, Ja Rule (who damn near steals the show), DMX (who also KILLS it), Jaz-O, Black Child (turning in a memorable performance) and someone called Nemesis. The latter two and Ja were part of an early mid-'90s group called Cash Money Click and the song made it's only apperance on a dodgy bootleg called "Freaknik' 96" as a C.M.C. track featuring JZ (with no mention of Jaz-O or DMX). Up until a couple of days ago I never in my life had heard this piece of Hip Hop history.

I know some people give me the cold internet eye (haha) whenever I put something on about Jay-Z but fuck it he was one of the most talented emcees to ever pick up a mic at one point and though bullshit records like "Blueprint 3" and "Magna Carta Holy Grail" should have been left unreleased, I will never discredit his early work. Therefore I have put together a 320 kbps compilation of all the Jay-Z/DMX/Ja Rule collabos from '95 to '99, some of them only featuring DMX and Jay-Z, some featuring all three of them and then some, and some featuring only Jay-Z and Ja Rule. Download if you want, if not at least check out the YouTube clip on the rare "If It's On..." joint up top and leave it at that and feel free to flood my guestbook on why I am a dickrider for digging Hova. 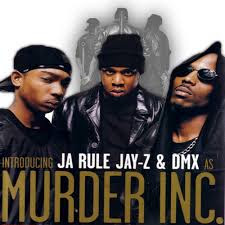