Few duos in hip-hop has pushed the boundaries of music like André Benjamin and Antwon Patton better known as Andre 3000 and Big Boi. Or as they are sometimes known - OutKast. I'm not going to get into too much of the specifics on their biography as I'm also reposting that VH1 Driven OutKast episode for anyone who might have missed it before (very good episdode too). OutKast used to always be one of my abbsolute favorite groups of all time; I love music that's not afraid to push the boundaries of the genre while still staying true to its roots and that's exactly what 'Kast did. The production, whether by Organized Noize or Earthtone III, always complimented the two almost opposite emcees fronting the group. The music was hard hitting, yet filled with classic breakbeats and live instrumentation, creating the unique sound of The Basement and with each album the duo released  their personas became more and mroe refined. And it wasn't some kind of cheap gimmick either, this is really who they were and that combined with their extreme knack for writing lyrics and hooks plus getting immortalized beats from their two production companies  resulted in some of the best hip-hop albums of all time. If you don't own the phsycial copies of their entire discography you are obviously missing out and should get those ASAP as they are all albums you can put the needle on and let rip from front-to-back. On top of that they are all albums that you will never most likely never find yourself get tired of either.

As productive the duo has been since their first 12" single in 1993 ("Player's Ball"), you would think there's a whole plethora of soundtrack joints, B-sides and unreleased material from Andre 3K and Big Boi, well, that's really not the case. They of course appeared on albums by Goodie Mobb, Witchdoctor, and their fellow Dungeon Family fam, but as far as non-album solo OutKast there is really not all that much. But what there is, is absolute fire which I'm about to prove you right about now. Being that 'Kast is one of my favorite groups it's almost strange that they haven't gotten The Lost Tapes treament before, but better late than never. So download below, crank up that volume and let's get down for some deep Dirty South funk as it should sound. Oh, and there might very well be a part 2 as this volume mostly focuses on songs released between 1995 and 1999. TURN IT UP!!!

01. "Phobia" (1995)
This Organized Noize production appeared on the original soundtrack of "Higher Learning" and is a classic OutKast joint that shows the transition period between "Southernplayallistic..." and "ATLiens". "Don't looking for trouble, It be finding me/ Try turning the other cheeck, I understand, but never mind that/ Great introduction! 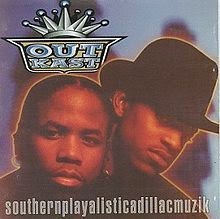 Some of y'all might scratch your head asking wasn't this on "Aquemini" since I know I saw Slick Rick in the video?!. Well you're only half right. Any collaboration with Slick Rick, Andre 3K and Daddy Fat Sax is the epitome of what storytelling hip-hop at it's finest should sound like, so when this single dropped  it was a slice of hip-hop heaven. But once the album hit shores, Artista had cut out Rick's verse which makes absolutely zero logic as his verse follows the concept of the song to a T and is just as good as the 'Kast brothers. Oh well, here it is in all it's glory!

03. "Benz Or Beamer" (Soundtrack Mix) (1995)
Another classic early OutKast joint from the debut sessions, produced by Organized Noize. A3K and Big Boi is doing what they do best while Organized Noie brings out a funky little number based around turntable work, an infectious bassline and a beautiful vibraphone sample. More storytelling for the true heads. This appeared on the "New Jersey Drive" soundtrack (man who I used to love that flick growing up).

04. "High Schoolin'" (Ft. Slimm Callouhn) (1996)
A quite overlooke
d soundtrack is for the Forest Whitaker  flick "Light it Up" from 1996. Besides music by DMX, AZ & Beanie Sigel, Amil, and a bunch of R&B cats it had also had this banging 'Kast joint called "High Schoolin'" which also featured a verse by Slimm Callouhn of The Dungeon Family. Not sure about the production credits, but I believe it's an Organized Noize monster. 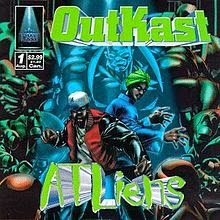 Recorded for the 1997 soundtrack to the (hilariously bad) "Tomb Raider" this is definitely looking forward to "B.O.B. (Bombs Over Bagdad)" with its intense, hardcore hip-hop vibes. I can dig it! Intense!

06. "Southernplayalisticcadillacmusic Remix" (1993)
As a huge fan of Diamond D, you know I had to include this monster of a remix. That bassline and that mystic Rhodes sample gives an entire new vibe to an already classic song. Ripped from the CD-single in 320 kbps so it's sounding great. DITC in the house!

07. "Tough Guy" (w. UGK) (2000)
Produced by Earhtone III for "The Shaft" remake soundtrack in 2000, this is some pure hardcore shit that is exactly the type of ish I want to hear from the South. UGK and OutKast on the same track? That's where it's at... With backing vocals by Sleepy Brown and a whole array of live instrumentation over pounding programmed drums this is nothing short of a winner, and only giving it limited exposure by putting on a Soundtrack is almost a shame.

08. "In Due Time" (Ft. Cee-Lo) (1997)
Another transition period, as this was released in between "ATLiens" and "Aquemini" and you can hear traces of both albums on here. Cee-Lo was also more breaking away from his rapping days and entering his more soulful crooning days to great effect, on this self-produced OutKast single. This song did appear on 1997's "Soul Food" album but was also released as a single (albeit a promotional one at that). Recommended! 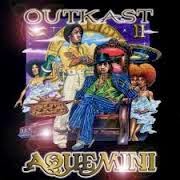 While this actually did appear on a retail album, it only did so on that compilation that was released in 2001 called "The Best Of Big Boi & Andre". I doubt us real OutKast fanatics actually bought that album, seeing as how it was all material available on albums we already owned (save for three tracks). I'm not crazy about that joint "Movin' Cool" but "Fuckin' Around" and "The Whole World" really sounds like a natural progression from "Stankonia" which is why I decided to include them here.

10. "The Whole World" (2001)
This was one of 'Kast's biggest hits, and it's kind of ironic that it was never included on a retail album, makking it one of the OutKast joints I listened to the least, so there was no doubt in including this here. Enjoy y'all!

11. "Gotta Be Fine" (w. Monica) (1999)
Let's slow things down a bit for this beautiful R&B collaboration between beautiful singer Monica and them OutKast boys. Dallas Austin prooduced this hip-hop flavor jam for a Monica single on Artista back in '99- LA Reid, head over the black music department of Artista at the time, loved making these type of collavorations happens - and often to great effect as heard here.

12. "Sole Sounday" (Ft. Goodie Mob)
A 1999 track credited to Goodie Mob that features OutKast, and produced by Mr. DJ of EarthTone III. Pretty fucking dope jam to say the least, I love the many beat and concept switches. A must hear for OutKast or Goodiie Mobb fans.

13. "Street Talkin'" (Ft. Slick Rick) (1999)
This might just be the revenge for Arista, and also shows that they never was any bad blood between Rick and OutKast. Over a beautifully designed, smooth piano and bass driven production supplied by JazzePha. In fact it's more of a tribute to OutKast as Boi and Dre barely appears on the song at all, save for a few bars from Big Boi, but it's  a fat track that's as dope as it is a practical joke on the whole "Art Of..." fiasco.

14. "Smoke Fest 1999" (w. Tash, B-Real & Phil Da Agony) (1999)
Now this is my jam right here, lifted from Tha Alkaholiks' members Tash underrated debut album "Rap Life". Legendary 'Liks producer E-Swift provides a banging LA vibe to this joint, complete with talkbox shouting the chorus, and while it's not the type of topic you might not usually hear Big Boi and especially Andre 3K speak on, you can bet he does so with  a twist. Excellent material.

15. "Watch For The Hook" (Ft. Goodie Mob & Witchdoctor)
This track has only appeared on some various mitapes and bootlegs, never been given an official release but judging by the vintage mid-'90s hip-hop sound and the good relations between the Dungeon family my guess is that this is an Organized Production from 1995-1996. And it's fucking beautiful, hardcore hip-hop at it's finest! Press play and TURN IT UP!! 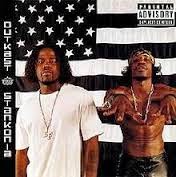 "Throw Your Hands Up" is to my knowledge the only collaboration between Andre 3K, Big Boi, 8-Ball & MJG and the results are simply amazing. The song is produced by Earthtone III's DJ/producer David Sheats (a.k.a. Mr. DJ) who provides a smooth beat that's perfect for the quartet to go in over. Don't sleep!

17. "Everlasting" (1997)
When I make this compilation I always figure the key to make a dope front-to-back listen is having a middle, a beginning and an end. OutKast usually closes their albums with a more laid-back, very reflectve tracks that's not afraid to drop jewels, and I think the self-produced number "Everlasting" from "Nothing to Lose" soundtrack is just the perfect closer - both from a lyrical and musical standpoint. So there you have it, I hope you have enjoy it as much as I have.... NOW REWIND!!!!

OUTKAST - "KAST AWAY"
Posted by lost.tapes.claaa7@gmail.com at 5:20 AM