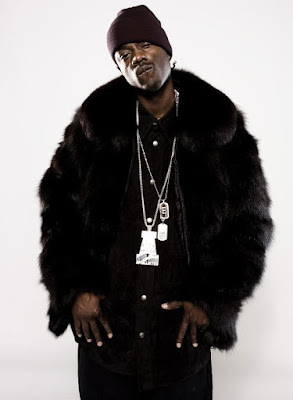 Back in the mid- to late '90s Wu-Tang was pretty much the epitome of dope and original East Coast Hip-Hop which is hardly suprising considering that everything that carried that powerful "W"-emblem at that time promised of the highest musical standards this genre has to offer. One of the most cherished discs to come out of the camp from someone not in the immediate circle (as in the 9 generals) around this time was the 1998 debut album of LA The Darkman. Already back in '96 dedicated underground followers and DJs had been introduced to the very young Grand Rapids, MI to Crown Heights, BK verbal spitter through his outstanding apperance on the first "Soul Assassins" compilation and his own 12" single "I Want It All" / "As The World Turns". With an immediately recognizable voice, a whole lot of attitutde, cinematic street stories for days and musical co-signings by some of the heaviest names around at the time (including DJ Muggs, Carlos Broady of The Hitmen, 4th Disciple, Raekwon, RZA, Ghost and Masta Killa) it was clear from the get go that LAD had a whole lot of potential and was not only street smart, but also business smart like a MF. With the aforementioned debut album this potential was more than realized and with songs like "Lucci", "Shine", "Street Life", "Love", "Polluted Wisdom" and so on it's hard to deny that "Heist Of The Century" to this day still holds up as a somewhat overlooked street classic. It is extremely well crafted from both a production, writing, performance and sequencing standpoint and still sound as fresh as when it first dropped - always inviting a front-to-back listen despite it's 70 minutes duration.

Since then fans have been holding their breath for a proper second LP from the MC who at times has been called "the 11th member of Wu-Tang Clan" by official sources... and kept holding it. Though there's been rumors of LAD working on a project called "Darkman II" throughout the years it seems that The Darkman's heart is not in making an album as such anymore. Despite his talents it seems that LA is more interested in the business aspect of the hip-hop game than making another full-length LP as I guess he feels he has already proven his point - which was that he can make a dope album enough which will let him live on this hip-hop shit through the doors that album opened for him. Through his Wu connection and business savy he was able to make more money of his debut than a lot of artists on a major label would do by going two times platinum. Instead he has kept his name alive through the ocassional guest spot and a bunch of mixtapes - including a stint with DJ Drama and The Aphilliates. Musically he largely seems to have passed the baton to his younger brother Willie The Kid who is a very dope rapper in his own right (though for my money, he is no LA The Darkman).

I've been a fan of LA since the first time I heard him and I like many, many others have eagerly waited for a proper follow up to that incredible album that hit us all so hard back in '98. I have never been crazy about the type of non-turntablist DJ driven mixtapes that are so popular these days and has thus missed a lot of crazy material from the man throughout the years. Thanks to a discussion with constant Lost Tapes supporter and homie Antoine, who was nice enough to shoot me through a folder of his personal favorites of the deep LAD mixtape catalouge, I decided it was time for myself to fine comb that very catalouge for myself. As a result I am going to present to you with two different compilations of LA The Darkman entitled "Darkman Sightings". This first volume focuses on his illest guest apperances, spanning from the very earliest LAD sighting on "Devil in a Blue Dress" to more recent lore like the excellent "Fuck That Man Up" with Sean Price, J-Love and Willie The Kid and his contribution to Bronze Nazareth and Willie The Kid LP. Volume Two will be a compilation of the best from his many mixtapes so stay tuned but don't forget to blast this one LOUD AS FUCK! 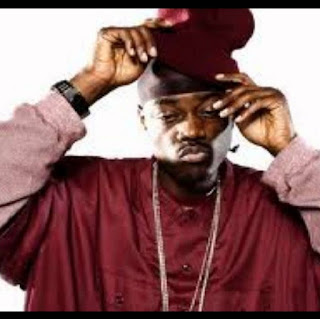 LAD - "DARKMAN SIGHTINGS VOL. ONE"
Posted by lost.tapes.claaa7@gmail.com at 4:02 PM