Damn, a few years ago I stumbled across an extremely rare Rakim track by some DJ that had uploaded it to YouTube that was absolutely bonkers but I forgot to post it for y'all and know I can't find it anymore. I'm gonna get my detective on, but in the meantime I want to get on some throwback shit while discussing his LP "The Seventh Seal". Said album is a good LP in my book, the rhymes are definitely there and it features personal future classic like "Walk These Streets", "Still in Love", "Dedicated" (say what you want about that No Doubt sample, that shit was heartfelt as hell), "Workin' For You" (whew), "Holy Are You" (oh my god) and "Man Above". Then there were the good (and in a few cases even great) but not outstanding masterpieces like "Documentary Of A Gangsta", "Won't Be Long", "Satisfaction Guaranteed", "Put It All To Music", and so on. The only joint I felt was outright wack juice was the cringe worthy rock influenced "How To Emcee" with kicked off the album nontheless and I'm sure gave a lot of heads a bad taste right from jump. 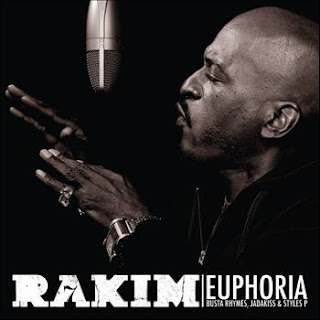 Now don't get me wrong, "The Seventh Seal" is a solid album and it's a lot better album than many claim it to be, but after a eight year hiatus following a somewhat overrated album called "The Msater" (yet it's underrated in many circles as well) I had definitely hoped for more although at the time I tried to tell myself it was a better album than it really was. It needed more bangers, it needed more New York grit, and in many cases it needed better beats. Lyrically it was all there and as Rakim, along with a very select few others (Nas, KRS-One, Ghostface) are able to keep your interest over a mediocre beat it's a worthy addition to his discography and I sure it's not his last. He did some dope records on Aftermath that has subsequently leaked but as he has explained the chemistry with Dre wasn't there so that's understandable, though I would liked for him to include "After You Die" and "Welcome to the Hood" on the album, as well as the four studio tracks that appeared only a few months before on that Live & Unreleased CD. 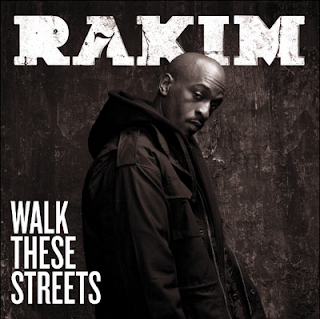 It became even more apparent that Ra had lost some of his impeccable ear to the streets when it was revealed that "What's Wrong", his collaboration on Marco Polo's "Newport Authority 2" was actually a scrapped joint from "The Seventh Seal". Like WTF, along with "Holy Are You" and perhaps "Still In Love", that would have been the real boom bap banger the album was in such a despeare need for. Add to that not only that but that also a slamming, hard grooving posse cut laced by Ty Fyffe called "Euphoria" was scrapped from the album in favor of being some Mp3 exclusive it just left a sour taste in my mouth. I know you have heard these joints before, but consider this tracklist for "The Seventh Seal" and tell me it's not would have made for a stronger album. Ra definitely need a good executive producer these days, and to tell you the truth he has needed one since he and Eric B. split up. And that is not to say that he's not still the God MC and has put out PLENTY of hot wax throughout the years but as far as albums goes his legacy would benefit from one classic disc. Check this tracklist brothers and tell me this wouldn't be a lot closer to an album fitting of this great of the greats legacy? Considering that the album has been out for so long I took the libery of uploading this version, if Ra or any from his camp feel this is a violation I will take it down immediatly, and either way it won't be up for long - I just want to give a chance for my beloved readers to get a chance to what in my opinion could have been. Feel free too comment! To me this is a much, much better balance of Ra's spiritual side which he conveys great on many of these songs, but strays to far away from his cassic styles when it comes to balancing the smoother joints with the boom bap his fans have come to expect. Please comment after listening - all songs on this was done and most likely at one point considered for "The Seventh Seal". Also having Nick Wiz, the ultra unterrated producer and long time Ra collaborator, produe just over half the tracks gives this exclusive Lost Tapes version a more coherrent feel to my ears. What do you think? 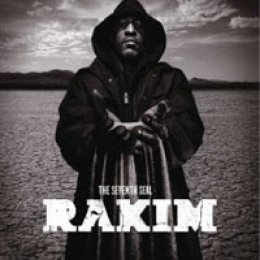