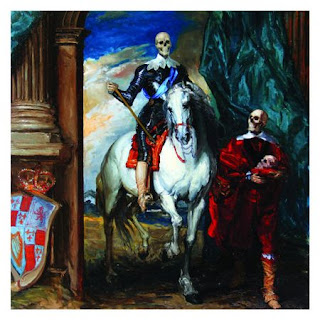 I'm not the biggest fan of Apathy I've we're being one hundred, but the kid does have bars, a great ear for beats and gets some great guests on his record (just check the entire album he did with OC last year for example). On the first Friday of March (2/3) he is releasing "The Widow's Son" and based on the singles and credits this one will be worth to hear at least a couple of times. For the love of Hip Hop I'm posting all of the singles including the latest joint which features none other than Lil' Fame and Billy Danze over the appropriately titled self-produed "Stomp Rappers".

The real winners are the three earlier singles, produced by Nottz, Pete Rock (and featuring Pharoahe Monch) and DJ Premier's "The Order". Looking at the tracklist, it seems that as far as outside credits we have gotten all of the best shit aisde from the AG and DJ Mekalek-assisted "Never Fall Off".