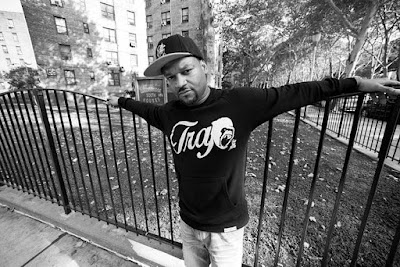 We here at The Lost Tapes love Tragedy Khadafi, while I did like his "Intelligent Hoodlum" album it was when he dropped "Tragedy: Saga Of A Hoodlum" that I really started to fuck with him. And then we got his whole 25-to-life movement and the molding he did of Capone-N-Noreaga from average street rappers to revolutionary slang kings on "The War Report". Nas, Mobb Deep and Tragedy Khadafi is the epitome of the Queensbridge sound, there can't really be one without the other based on the fact on how much they inspired each other. Some might think that Tragedy is just a street rhymer but they are clearly not listening - Trag is as ill a lyricist as Nas and Prodigy were at their prime. Just check Tragedy's verses on "L.A. L.A." (the Kuwait mix where he just keeps going and going), "T.O.N.Y.", "Parole Violators", "Calm Down", "Message to Killa Black", "Blood Type", "They Forced My Hand" and "Permanently Scarred". And that's just to name a few classic verses and tracks.


Recently Khadafi dropped two free tapes featuring some of his finest, yet rarest material from this period - fittingly titled "The Kuwait Tapes". The tracklisting is similiar to a Tragedy compilation I upoaded way back when that I never got around to reupload so I hope you'll enjoy it again this time around. I know I will! 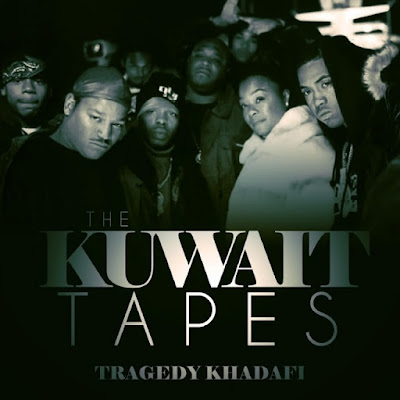 01. "Calm Down" (Ft. Nas & Noreaga)
This 1997 classic was supposed to appear on "The War Report" but it's a good chance label politics got in the way. At least it was released on the CNN 12" singles from "The Report".


This monster was produced by Stretch Armstrong as a promo for the upcoming artists back in '96.


This was another radio freestyle to get the CNN names out there. Some sources says it was recorded in 1995 and some sources say 1996. My guess is for the latter.


Pete Rock was working on his first solo album back in 1997 and while the album came out nothing short of blazing the Soul Brother sure made a name for himself. The exception was the Nina Simone sampling "Strange Fruit" which was by far the hardest record on the LP. The album version didn't feature Noreaga, Pete Rock or Sticky Fingaz either.


Only the real heads knows about this one as it was the B-Side to the "The Turnaround" and thougit's proudced by K-DEF it really features that thugged out CNN type sound mid-'90s. This is probably my favorite CNN remix / B-side / rarity and for good reason so if you never heard it you are definiteyl in for a treat.


The 'Kuwait Mix' was always my shit, as I always felt it came as hard as it could and it also proved Marley Marley was still one of the dopest producers in 1996 (Stretch Armstrong did the edits). The Iraq Mix wasn't bad by any streth of the word, but the West Coast vibe that payed "homage" to the Dogg Pound song didn't pack the lethal punch that a diss record of this caliber truly needed.l.


Word is that this is a "Hell On Earth" leftover, though I don't think I ever seen an official source for it. Either way it does pack Havoc's dark horror vibes production and raw verses from Hav, P and Tragedy - remember that Tragedy was the one that took Havoc uner his wing back in the early 1990s and had him rhyming on his "Saga of a Hoodlum" LP. "Hell On Earth" is basically perfect as it is, but to be fair, I'd rather have this song than that enhanced CD content "In The Long Run".


"Thug's Paradise" originally appeared on the Nothing to Lose soundtrack before appearing as a hidden joint on "The War Report". And the worst song at that. D-Moet's flashy production really didn't do nothing for that album and this remix does equally little.


Ok now we're getting back to business. This was always a favorite of mine and the full-lenght version features a bunch of other rhymesligers like Afu-Ra, Wise Intelligent, Slim Kid 3, Aceyalone, dead prez and then some. This was released as a 12" single in honor of political prisoner Mumia Abu-Jamal under the collective name of Unbound Allstars. The 12" single featured remixes by Fat Lip, Diamond D and an uncredited one called "Rocks Tha World Full Length Mix". I'm not entrely sure but I think the version included here is the Diamond D remix so that's a good sign in and of itself.


The only Black Market Milia member not to make an apperance here is Killah Priest but it's Ok considering how dope the beat is, and how Tragedy Khadafi. Timbo King and R.A. The Rugged Man murder shit.


This Ayatollah produced banger was actually included on Trag's first solo album, "Against All Odds" but consering how excellent this joint is and the back and forth between Trag and Imam Thug is I don't mind in the least.


Mic Geronimo had a lot of potential so it's a shame he kind of dissapeared after his second album, "Vendetta", from where this is lifted. "Usual Suspects" is kind of the follow-up to "Time to Build" that featured DMX, Ja Rule, Jay-Z and Mic Geronimo. The track in question is produced by Daven Prestige Vanderpool who was kind of an uneven producer but here he broguth the goods..


This Tragedy Khadafi single dropped in 1999 on Next Level Distribution but didn't make too much noise at the time. Consdering that Trag's "Against All Odds" was originally supposed to drop in 1999 it's possible that this is actually a cut song from the original album.


One of a couple of collaborations between Canibus & Tragedy. I think the year is between 1997 and 1998 but I could be wrong.


Now this is an ill posse cut right here featuring several somewhat forgotten rappers. Personaly I'm a big fan of F.T. of Street Smartz and Jane Doe recorded a solid album with 88 Keys that never got released, and of course Royal Flush is an underground street legend in his own right. This js a rare joint right here, I actually never rhard heard it before.


This is an underrated banger for sure. Taken from Funkmaster Flex first installment of his "The Miixtape Vol, 1; 60 Minutes of Funk"). This is a power house ending to a sick compilationso sit back, press play, turm the volume up and ENJOY!'