FASHAWN x NAS x ALOE BLACC - "Something To Believe In" 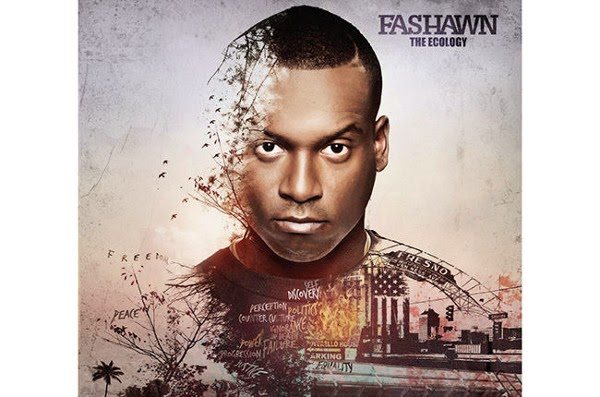 When young California lyricist Fashawn first broke out onto the scene on a national level I was super hyped by this incredible wordsmith, solidified by his official solo debut "Boy Meets World", produced by Exile, and the ALC-produced prequel tape "The Antidote". Unfortunately since then this promising young emcee has barely released a track that has managed to capture my attention, releasing mixtape after mixtape that strayed way too far from what made me fall in love with his East Coast influenced West Coast bangers. Now signed to Nas' Mass Appeal Records, he late last year released the absolutely incredible free Alchemist collaboration "Fashionably Late" which even made it to my man Antoine's top three albums of 2014 and I wouldn't place it far behind. The real album will be another Exile full-lenght collaboration, this time called "The Ecology" and so far the singles are sounding a lot more promising than anything released by this heavy spitter for years.

The latest single "Something to Believe In" features excellent verses by Fashawn and Nas going at it, while Aloe Blacc provides some welcome vocals to take it to the next level. The other singles released thus far include the Busta Rhymes assisted "Out The Trunk" and the lead single "Guess Who's Back". Check all singles below and watch out for "The Ecology" on Febbruary 25.