KRS-One compilation for y'all 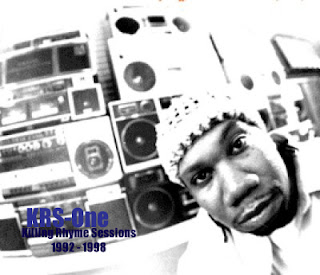 It's unbelivable when you look at the amount of material KRS-One has released since he first came on the scene with Scott La Rock as Boogie Down Productions, besides album after album he's responsible for a whole load of dope guest spots, soundtrack apperances, rarities, etc. There will most likely be more compilations of that material available via The Lost Tapes in the future since I hold Kris as the G.O.A.T. MC for several reasons. It wasn't easy compiling these 17 tracks (that I call "Killing Rhyme Sessions") since I wanted to give y'all something that bangs hard front-to-back while mainitaning a decent sound quality throughout and avoid the most common features. I decided to focus on the period between the transition from Boogie Down Production to the solo artist KRS-One and up to the "Maximum Strength" period. I listened to it before and think I succedeed quite well as I included many of my favorite KRS non-album tracks from that period and tied it together with two rare interludes, originally intended to appear on his 1995 self-titled album (when it was still called "Hip-Hop vs. Rap").
01. "Who's Kris?" (Intro)
02. "We In There" [A Tribe Called Quest Remix]
03. "Mad Izm" [Buckwild Remix] (w. Channel Live)
04. "Feel the Vibe, Feel the Beat"
05. "Metaphysics" [Interlude]
06. "Hip-Hop vs. Rap"
07. "East Coast/West Coast Killaz" (w. RBX, NaS & B-Real)
08. "Move Ahead" (w. DJ Muggs)
09. "Break the Chain" (as Big Joe Krash)
10. "Brainstorm/PSK Remix" (w. Lord Finesse & OC)
11. "Cyber Teeth Tigers" (w. Digital Underground)
12. "Bulworth" (w. DJ Muggs, Method Man, Prodigy & KAM)
13. "1,2 Pass It" (w. D&D All-Stars)
14. "Conscious Style" (w. Poor Righteous Teachers)
15. "The French Connection"
16. "DIGITAL" (w. Goldie)
17. "World Perfect"

MIRROR
Posted by lost.tapes.claaa7@gmail.com at 2:12 PM