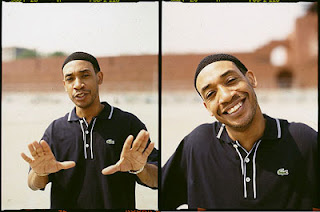 This ain't the latest, just unearthed shit that you might be lead to believe by the title so don't get too hyped up if you're already got everything Prince Paul. It is however two full albums fully produced or co-produced by the ol' Gravedigga, both from the '90s, that leaked to the net around last summer if I recall correctly. I've been listening extensively to alot of Paul's work lately, sometimes I forget just how incredible, original and often underrated this genius of a producer are. I'd say that genius is a term that gets thrown around way too lightly when discussing music (as does the word classic) but I think if we're gonna give just one hip-hop producer that title of creative genius then Prince Paul would have to be considered King Paul in that area. The man helped De La produce their first three albums and all three of them are just insane, genre-bending, innovative and influential as hell; and already back then Paul showed that change in sound and executing different ideas was his thing. That change and risk taking has been an evident part of his career ever since, from the hardcore sounds of the Gravediggaz's debut (one of my favorites of all time) to Living Colour guitarist Vernon Reid's spaced out '96 debut, to a psychotic therapy session on wax ('Psychoanalysis - What is It?") to the most well-executed concept album hip-hop has ever seen ('Prince Among Thieves') to educational hip-hop/sketch album for kids between 5-8 and raw stand-up albums by Chris Rock, I mean you name it!
Besides having a passion for steering full albums, Prince Paul was an early "go-to" producer, over the years lacing classics for Boogie Down Productions, Big Daddy Kane, Jaz-O/Jay-Z, 3rd Bass, Beastie Boys, Method Man, Biz Markie, Cypress Hill, Last Emperor, Slick Rick and many more. I will post one or two compilations highlighting his work in this field later on during the coming week and I might throw up a few of his albums that are out of print for those who missed them. But today I want to focus on two albums that got shelved in the early and mid-'90s respectively. They are fully produced by Prince Paul, yet they are distinctivly different in sound - the earlier one has more of a De La Soul vibe while the other is much mroe hardcore, sort of what he was doing with The Gravediggaz. There's really not that much information available about either of these LPs but I give a quick rundown of what I know about them below. 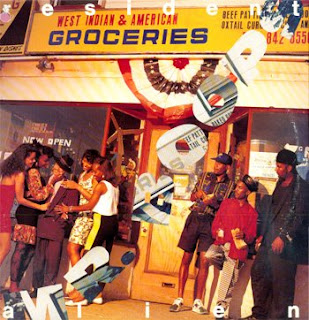 This album was recorded in 1991 by Prince Paul and a three man group that went by the name Resident Alien, and the title of the LP is "It Takes A Nation of Suckers to Let Us In". I don't know anything about the group at all really, they only released one 12" single (where the cover above is actually lifted from) called "Mr. Boops", which had "Shakey Grounds" (with Dres from Black Sheep on additional vocals and cuts by Maseo from De La Soul) and "The Dew Doo Man!" as B-sides. All three songs were included on this shelved album which was supposed to come out on Prince Paul's own imprint, also called The Dew Doo Man (remember that skit on 'De La Soul' is dead too, right?) which was to be a sub-division of Def Jam - a deal worked out between Russell Simmons and Paul. After only that one single 12" release the label quickly folded, leaving the Resident Alien album completed but unheard by the public for almost two decades. According to Prince Paul he also completed an LP for someone called Mic Teeke which has yet to see the light of the day so maybe we'll see another leak like this sometime in the future.

As this was recorded around the same time as 'De La Soul is Dead' it bares some similiarities and the emcees styles are more Native Tounges than NWA - there's a few bangers here and there but ultimately I could see why it was left on the shelf. Interesting listen for any fan of Prince Paul though but take warning - watch out for track #13, from 2:07 the rest of the song is fucked up with a loud buzzing static noise that's not supposed to be there so be prepared to change track there (if anyone got a complete version of the song post it in the comments section; EDIT: The Professor actually did so you can download the full album without hiss on track #13 in the comments section).
RESIDENT ALIEN - "IT TAKES A NATION OF SUCKERS TO LET US IN" [1991] 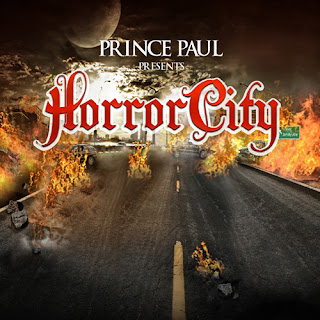 This one is called 'War Party' by Horror City, who's a little more familiar to me as they appeared as a group on a few tracks from 'A Prince Among Thieves' as well as one of their members, Big Sha, playing one of the leading roles. This is also the superior album to me, by far, this is actually really fucking great and is probably the most hardcore project Prince Paul ever did. The beats are raw and agressive and alot more stripped down than his work with De La, Resident Alien or even Gravediggaz but there's still alot of "Paul" in them, his singature drums and mad scratching are intact for example. The album consists of only 11 tracks including intro and outro and clocks in at about 35 minutes but it's one hell of a ride while it lasts. If you missed out on this one when it first leaked then please do yourself a favor and check it out.

It was supposed to be released in 1995 I believe, shortly after The Gravediggaz and from what I heard Paul was in a very depressed and angry place around that time which reflected in the more agressive music he made back then. Neither of these albums has any specific guests and this post is already too damn long so I'll just post the links without a tracklist. Enjoy and TURN IT UP!!
HORROR CITY - "WAR PARTY" [1995]
Posted by lost.tapes.claaa7@gmail.com at 3:55 AM

Email ThisBlogThis!Share to TwitterShare to FacebookShare to Pinterest
Labels: Out of print, Prince Paul, Shelved classics