Rest in peace to Nate Dogg 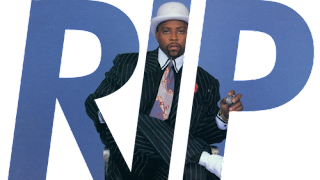 This is truly a sad, sad day for hip-hop as I just woke up and realized that we lost one of the illest and most unique voices we had. Nathaniel Dwayne Hale, better known to the world as the one and only Nate Dogg, passed yesterday at the age of 41 after years of struggling with health problems after he first suffered a stroke in late 2007. Ever since his voice was first heard on the classic debut albums of Dr. Dre, Snoop Doggy Dogg and Warren G the West Coast sound had truly found the last missing piece in the puzzle and it's for damn sure it will never be the same again. Imagine tracks like "Regulate", "How Long Will They Mourn Me", "Xxplosive", "The Next Episode", "Deez Nuts", "It Ain't No Fun...", etc. without that pimping low bass voice blessing the beats. Rest in peace big man, you will be truly missed!

Here's a few words from his closest associates who commented on the fallen soldier via Twitter.
Snoop Dogg: "We lost a true legend n hip hop n rnb. One of my best friends n a brother to me since 1986 when I was a sophomore at poly high where we met.”

50 Cent: “I just landed Nate Dogg is dead damn. GOD BLESS HIM R.I.P. He meant a lot to west coast hiphop. I've always been a fan of him."

* The ill tribute picture at the top of the page was created by RuggedSounds666, props to him for that one
Posted by lost.tapes.claaa7@gmail.com at 1:59 AM