Back by popular demand! I've been getting crazy requests for a reupload of the Call O' Da Wild compilation that me and the homie Pattch82 put together back in 2011. There's not any additional songs or different sequencing on here as I always felt that it flows just like an album and features each and every song ever released under the name of Call O' Da Wild, along with both sides from Barron Ricks only 12" single. Since its been a while since it was originally posted I'm sure a lot of Lost Tapes readers missed it the first time around and this is definitely one compilation/album that fans of Cypress Hill, DJ Muggs and Soul Assassins do not want to miss out on. The reason I couldn't upload it before was that I had lost all of the songs and been on a hunt for a while to find the best versions of each songs, striving for 320 kbps though some are between 192 and 256 kbps as well. The only tracks I couldn't find in better than 128 kbps are the two songs from the singles "Andrews Ave." / "Urban Wilderness", but I'm on the hunt and as soon as I find them I'll update it. This compilation flows fantastiic and plays just like the Call O'Wild album  that DJ Muggs was supposed to executive produce but never materialized. Overall it sounds a whole lot clearer and better than the 2011 version that I uploaded so Merry Christmas all the Soul Assassins heads!

For those not in the know Call O' Da Wild was a Harlem duo consisting of emcees Barron Ricks and Angelo Campioni that DJ Muggs took under his wing in the mid-'90s and made them part of the Soul Assassins crew. Signed to the SONY label in '96/'97 after a series of soundtrack apperances and a trio of 12" singles, the plan was for Call to be the first group to record an album overseen and mainly produced by DJ Muggs outside of Cypress Hill. If you check out the booklet for Cypress' "Unreleased  & Revamped" EP (which features the Call O' Da Wild collaboration "Intellectual Dons") you can actually see an ad fo their album with the text saying coming soon. As evident by this collection of all their released songs prove that they made extremely gritty, hardcore and dark music, and by the time '97 or '98 came around when the LP was planned for release, its very likely that a major record label like SONY got cold feet due to artists like Pappa Diddy Pop dominating the airwaves. However the relationship between the producer and the group eventually had soured as well. "Call O' Da Wild broke up right after their album was finished for SONY, and they thought their were superstars before they record was even out... I have the DAT tape in a storage somewhere", the super producer/DJ told the Los Angeles Time in an article published in 1998. It's a real shame though considering how fantastic these tracks sound together; I'm glad we at least got forty minutes of these guys getting busy over hardcore beats mainly by Muggs, with some additional input by The Alchemist, Jerome Foster and Knobody/Sean C. Barron Ricks did however appear on several songs on Cypress Hill's "IV", including the hit single "Tequila Sunrise" so it's possible that the main beef was with Campioni. 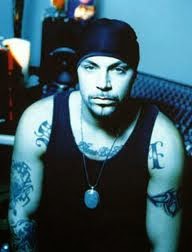 All songs execurtive produced by DJ Muggs for Soul Assassins Music. All songs produced by DJ Muggs except track #1, "Sometimes the Neighborhood", produced by Jerome Foster and Sean Matthews, track #4, "Harlem River Drive", produced by The Alchemist, and track #6 produced by Sean C & Knobody. All songs are from either Call O'Da Wilds singles, the soundtracks for "Gravesend" ("Ninth Symphony") and "Bad Boys" ("Clouds of Smoke"), respecitvely. "New York Undercover" and "Runnin' Wild" are lifted from the first DJ Muggs' "Soull Assassins" compilation (though the latter only appeared on certain versions of the LP). Last but not least, the songs "Harlem River Drive" and "Rags to Riches" was first released on a solo single by Barron Ricks, released in early ¨98. So what you're waiting for'? Even if you had the original download the sound quality is much greater here so press play and TURN IT UP all my Soul Assassins. Peeace to Pattch82 once again too, as well as Supreemo for the artowrk. 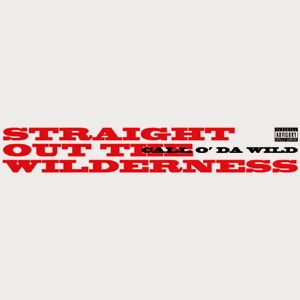 CALL O' DA WILD - "STRAIGHT OUT THE WILDERNESS"
Posted by lost.tapes.claaa7@gmail.com at 9:39 PM