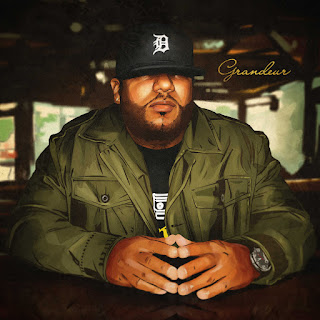 Apollo Brown is sometimes a little hit or miss to me, but his track record has proved time and time again that he can be an INCREDIBLY dope producer when he gets everything right and with amazing albums and EP:s under his belt I will always keep checking for him. His latest project is a "solo" project in the vein of "In Control" and "Soul Survivor" where Apollo provides banging backdrops for a handful of talented emcees from all over. The guests include MOP, Oddisee, Skyzoo & Torae, Evidence, Rasheed Chappell, Chino XL, Finale, Ras Kass, Vinnie Paz, Masta Ace, Wordsworth, Freddie Gibbs,OC, Sean Price, Reks, and more. The project drops on Mello Music Group the 25:th of September but already know you can check out the two promising singles released so far. Below you'll find the streaming singles "Not That Guy" featuring Your Old Droog and even more intriguing his collaboration with MOP called "Detonate". Bang this LOUD!!

Posted by lost.tapes.claaa7@gmail.com at 2:43 PM