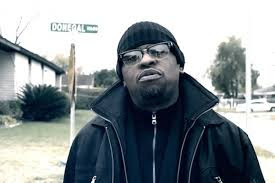 This is a compilation I've been wanting to do for a long long time, and hopefully I will make a Volume 2 very soon. This summer I've been caught in something of a depression and the soundtrack to my Life this summer has with few exceptions been Scarface a.k.a. Brad Jordan, without a doubt one of the top 5 emcees to ever to do it. He always picks great beats that will get true hip hop heads from New York, the South, the West Coast, Europé or Japan truly bang their heads without taking away from his incredible wordplay - few, if any emcees have the ability to tell stories and touch on subjects like suicide, self destruction and self loathing in a way that's hundra procent truthful and relatable to everyone that feels these type of feelings once in a while - and most of us do though must don't like to admit it. Besides going through his entire catalouge of solo material and Geto Boys records plenty of times the last few months I also read his very satisfying biography "Diary Of A Madman" which I strongly, strongly recommend to anyone interested in the histroy of hip hop, and want an understand of how the Southern hip hop and the Rap-A-Lot empire made it so big as they did all over the world. And just like in his Music he doesn't spare on the grimey details that has formed him into the man he has become today - it pretty much all in there, the good and the bad, the drugs, the betrayals, the suicidal tendencies, and so on. Again, I can't stress how terrific this book is, by far one of the best hip-hop biographies I've read in my life and I've read plenty. 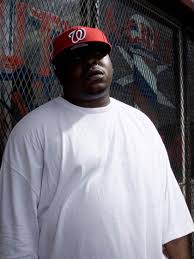 This compilation, which I decided to call "Longevity" stands as a perfect companion piece to that book, a long with the rest of his catalouge. I tried to make it a coherrent experience while making sure we get songs spanning from 1992 to 2012 - twenty years in the making, hence the title. I also tried to include some of the work he has done with both East Coast, West Coast and Southern producers and artists so you'll find classics, new and obscure records produced and featuring legends like WC, Buckwild, DJ Premier, Troy Ave., Too $hort, Nas, Jay-Z, Beanie Sigel, KanYe West, Common, Mos Def, Dr. Dre, Stat Quo, Ice Cube, Seagram, FaceMob, and so on. Since my PhotoShop is working I just borrowed the cover for the "Dopeman Music" pre-megamix release (not the actual mixtape), but it's better than nothing. Don't sleep on this, whether or not you're already up on Scarface or not this will work well for any true hip-hop fanatic so be sure to TURN IT UP!! 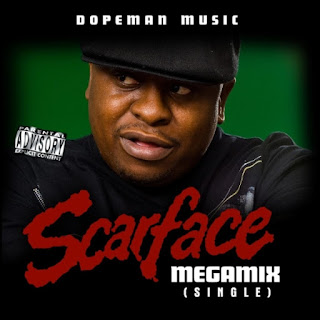 SCARFACE - "LONGEVITY"
Posted by lost.tapes.claaa7@gmail.com at 9:26 AM