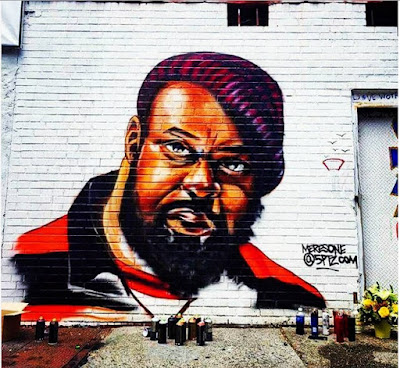 It's now been ten days since the shocking and trading news of one of the realest emcees to ever do it passed away in his sleep. This post and the upcoming compilation that hopefully will be up to night should have been up just a day after that tops, but I've had a lot of problems with my internet Connection with the internet Company shutting me off and Everything. But take my Word for this - from now on I will start to get back on track, with lots of ill compilations, focus on new Music from both underground legends and new up and comers, trying to get those Daily updates again. Since the news of Sean Price's unbelivable passing left me in a Daze, I've been blasting loads of incredible albums, guest spots and Music from BBC's finest. Rediscovering the greatness of his Three solo albums and his work with Heltah Skeltah. Either his passing came as a shock to him and his family or he was recording a lot of material since he knew his time was coming up. Why I say this is because apparantly P was racking up a lot of material to be released in 2015, starting out with a mixtape called "Songs in the Key Of P" which was supposed to drop this week to build up for his official fourth solo album, "Planet Apes". Now as if that wasn't enough he also has a full collaboration album recorded with the one and only Fizzy Womack a.k.a. Lil' Fame of M.O.P. From what I gather the album will be a mix of P solo tracks over Fizzy Wo beats and straight up mic collaborations.


One song each has been leaked from the solo mixtape and the solo album (with the title track from the latter being a PF Cuttin' banger) and are straight FIRE and can be heard above and below, respectively. Definitely stay tuned for more info on this Project and anything from the ones brokest rapper alive. And I'm also planning a Sean P compilation to drop today or tomorrow so be on the Watch out for that as well! But I want to pay my condolences to Another of hip hop's great fallen Soldiers - REST IN POWER P!
Posted by lost.tapes.claaa7@gmail.com at 8:36 AM