In the section "Shelved Classics" I take a look at albums by major hip hop artists that for one reason or another failed to either materialize at all or was completely changed from its original concept once they were finally released. Note that I might use the term "classic" in a rather loose sense in some of these cases. Today I'm writing about the sixth original album by Canibus, the legendary New York emcee who has a reputation for being notoriously hard to work with as evidenced by his many feuds and skipping of labels. "Hip Hop For $ale" was to be the follow up to his critically acclaimed "Rip The Jacker", an album where he had worked exclusively with one producer (Stoupe The Enemy Of Mankind) to achieve a consistant sound. For this album 'Bis aimed to repeat the One MC/One DJ formula by reaching out to the constantly underrated Nottz Raw. 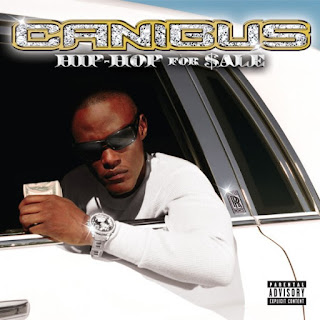 Canibus and the VA beat master hooked up and started working on material for the as-of-yet untitled album. The combination was really something; Nottz's excellent brand of triumphant boom bap meshed well with Canibus' high level of lyricism and calm but precise delivery. The single "Hip Hop" was released to mixtape DJ's and created a decent buzz as even 'Bis haters needed to recognize the chemistry and classic hip-hop feel to the record. I'm not sure how much of the album the two actually completed, but an unfortunate falling out between the two would all but dead the projects true potential. The reason for the fall out was that Canibus manager had issued a mixtape to Sandbox Automatic called "The Vitruvian Man". The CD contained not one or two songs from the forthcoming but still unfinished new Canibus album but about half of the tracks the MC and producer had recorded together - and not in snippet or low quality versions either! This made Nottz pull out of the project and vowed to never work with 'Bis again, a fact that is very unfortunate considering the power of songs like "Back With Heat", "It's No Other Than" and "Hip Hop". 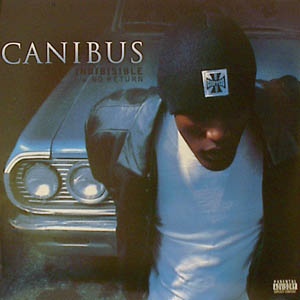 Having both the "Hip Hop For $ale" and "Virtuvian Man" at hand I thought it was only right to put together this Lost Tapes version of the material.. I used all the Nottz productions from the retail LP and added the  original songs not available on the LP from the "Vitruvian Man" to create an idea of what we might have heard where the real collaboration fulfilled. While the production here bears the trademark of Nottz's sound there are no guarantees that all of the beats are his since the "Vitruvian Man" did not come with any credits. Either way it's an interesting take on an album that in the end featured some brilliant moments, yet failed to live up to its potential. Enjoy!