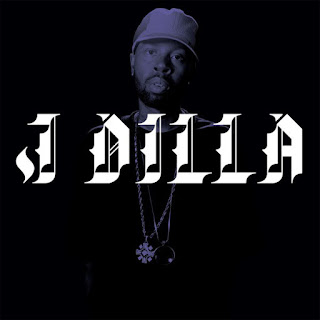 As a huge J Dilla fan tomorrow is the date (April 15) that I hope will close the J Dilla posthumous saga once and for all, and doing so at a high note. This was the last album Dilla worked his ass off to really get the way he wanted to during his lifetime, and though MCA shelved it he and his then current Stones Throw family and especially Egon had discussions about releasing "Ruff Draft", "The Diary" (more often known as "Pay Jay" or just the MCA album) and of course "The Shining". The reason it has taken this long time to gather an album that a lot of people already have heard most material from (due to an unathorized, unmastered and real shitty sounding leak) and the 12 EP:s that was neccesary to finance the project the way it needed to be financed to put it out there as it should have been. It's fourteen tracks of Dilla rhyming over his own beats as well as tracks by some of his personal favorites and musical comrades - Madlib, Pete Rock, Nottz, Hi-Tek, Karriem Riggins, Pete Rock, BinK! and Wajeed. I can't wait to hear this fully mixed and mastered, definite buy for me and i will also be the last Dilla project I ever purchase.

The album, "The Diary", is a joint venture between Egon's Rappcats label and Nas' Mass Appeal imprint so naturally Nas wanted to get the chance to rhyme on an unfinished joint. But don't worry it doens't hurt the original concept in the least as "The Sickness", as this Madlib produced banger is called, is simply a bonus treat for the heads. It was premiered live a while back but here's the real studio version. Enjoy the realness and pre-order the full length album @ iTunes for digital or head over to RappCats for your physical fix -"The Diary" @ Rappcats . Also check out the final piece of the puzzle that made things possible to release as Dilla intended it - the Hi-Tek produced "Gangsta Boogie" featuring Snoop Dogg and throw your cash up tomorrow. I know I will!