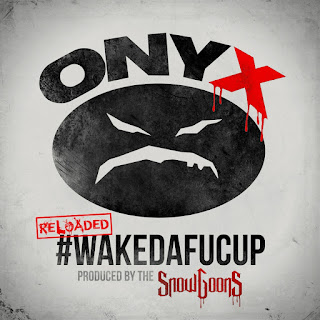 Though not being the biggest fan of Snowgoons despite everybody seeming to jump on their bandwagon they obviously produce some heat from time to time. "The Tunnel" with Cormega and Papoose from Onyx's 'Goons' laced "#WakeDaFuckUp!" was definitely such an instance. Now the album is being revisited with a few additional remixes tacked on to the end, perhaps in preparation for the rumoured M.O.P./Goons/Onyx collaboration and the illest of the bunch is the Big Kap Tribute remix to "The Tunnel" (both the song and the legendary club). Although it would have been cool to get new verses by 'Mega and Pap' as well, Sadat X, Nature, Steele and Ali Vegas represent well on this cut.

"#WakeDaFuckUp: Reloaded" is available via Bandcamp and features the original 14 songs along with four additional remixes, including "Dirty Chops" featuring Chris Rivers and 100 Mad's Remix of "TurnDaFuckUp" which is now a posse cut featuring SickFlo, Sicknature and Snake The Rapper. Enjoy Big Kap's Tunnel tribute below and pre-order your digital copy of the album @ Bandcamp