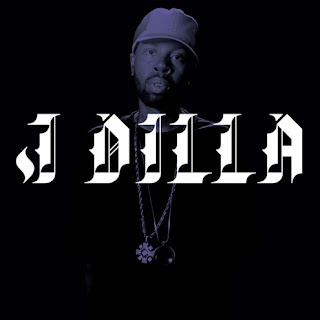 There is only one more album that needed release from the late great James Yancey and we are finally getting it in all its intended glory. I'm talking about "The Diary", originally known as "Pay Jay". Egon of Stones Throw told a story of Dilla told him when he was real sick that he wanted the complete "Ruff Draft" out there (which by then was out-of-print for a long time), he wanted his shelved MCA album that he put a lot of work into to finally get a proper release and of course he entrusted Karriem Riggins (who already was a huge part of the original sessions) to complete the final 15-25% of "The Shining" for BBE. "Ruff Draft", the expanded edition, was released almost immediatly, and so was "The Shining". But the MCA album, "The Diary", which was originally recorded between late 2000 and very early 2002 has taken until 2016 to finally see a release. The reason for this is because it wasn't entirely complete (maybe 90%), and since Yancey had choosed to work with so many different producers on this one, there was a lot of publishing paperworks that had to be sorted out - not to mention getting the rights from MCA. Luckily Dilla had somewhat carte blanche when recording it and as per usual recorded pre-production in his basement and tracked the real joints at Studio, Dearborn, MI with Todd Fairall as his engineer. It has taken it's time, but thanks to a joint venture between Egon's and Madlib's Rappcats imprint and Nas' Mass Appeal label we finally gets the physical copy of the final album that the bear the artists decision of what it should sound like not to be have been yet released and as such this is definitely the final Dilla project I'm purchasing - as any true fan of Yancey's music ought to do.


If you don't know the story about the album before, Dilla got signed to MCA on the strength of his production work and praise from artists like Busta Rhymes, Common, The Roots, Erykah Badu, Janet Jackson, The Pharcyde and so on. But Jay Dee having just left Slum Village wanted this album to focus on his MC ability, rather than his production skills something that didn't sit too well with the execs at the time. He did craft a few beats for the project, but also invited some of his current favorites such as Madlib, Hi-Tek, Karriem Riggins and his Soulquarian's broherhood, Wajeed, Pete Rock, Supa Dave West, Kanye West, House Shoes, Nottz and Bink! He had received some flack for his rhyming on Slum Village projects ("Fantastic" 1+2) which to me is absurd. Yancey was never a lyricist but with his incredible sense of rhythm he could ride a beat incredibly well, and his voice was outstanding. At least to my ears!

So on to the album.. Is it perfect? No it is not. I'm a fan of Dilla for his production mainly, though he got some nice MC tricks up his sleeve as well. The thing is that most of the time that when Dilla produces one of these songs it often end up being one of its best, and as proven before he is quite limited in the topics he choose to rhyme about. But is it a weak album. No, it is not, not by any means. It is much better than the majority of these B.S. posthumous releases we has gotten from the Dilla estate - this is actually a real Jay Dee album, just as much as "The Shining" or "Welcome 2 Detroit". And there's plenty of gems here. The most obvious being the self-produced "Fuck The Police", built around a very simple breakbeat and a flute sample but with extremely powerful hook and verses. I've seen Frank-N-Dank, Guilty Simpson and other "D" cats perform this one live in tribute and whether or not the crowd knows the song beforehand they always LOVE IT and sing along to the hook. Brilliant, and one of Dilla's finest solo songs - if not the finest bar none actually.
Another song I really liked which was close to the opening on the album on the leaked copies (2008) called "We F'd Up", a driving, pulsating, club track with an underground sensibility that featured Jay Dee trading bars with Frank-N-Dank over an early KanYe West production. Strangely enough this version has been replaced by a remix by the main artist called "The Anthem" - it's most certainly is a remix and not the original version as it doesn't have the original flow of the lyrics on especially the hook. The question then begs why was this included instead - was this Dilla's vision. It's been a long known fact that Kanye West contributed this song to the project at the request of the artist and he has many time been on record praising the shit out of him. Could it be that he didn't give them permission to use his version anymore? If so, FUCK HIM! It is hurting the album a bit, since "The Anthem" is a pretty good joint but doesn't come close to the version I'm accustomed to by West (strangely enough all versions of that song has been deleted from YouTube and Soundcloud). I uploaded it myself so y'all can judge for yourself.

Then there's the absolutely brilliant two parter "The Shining" ("Diamonds") and ("Ice") which explores the same topic but from a male and female perspective [*title thaught about long before the 2006 album]. "Diamonds" is one of the best songs on the album, produced by Nottz who always does a fine job, who lays down a sunny foundation as Dilla goes in on how Diamonds are a girls best friend. The second part is a short one and half minute excursion celebration of the ice he himself love to rock, and is a funy outing by Madlib which appeared as the B-side to a Jaylib 12" once MCA shelved this album. It's interesting that I always used to add "Ice" to my homemade tracklist of what this album probably coud have been long before I know this, but it has that sound - more so than a Jaylib sound. Another long time fan favorite amongst Dilla enthusiast is of course "Trucks", where Dilla playfully reimagines Gary Numan's 1979 hit "Cars" into a playful Hip Hop excursion. It was never one of my personal favorites, but it is kind of dope once you get used to it. And more than that, it shows that Dilla was never afraid to experiment and in some ways it's a precursor to "Electric Circus" a long with the Karriem Riggins/Soulquarian's collaboration "Drive Me Wild" which almost sound like a crazy Boom Bap take on the original Batman theme. As you can hear this is a well-rounded album to say the least. 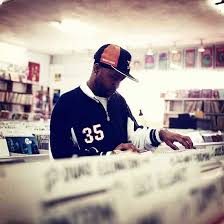 Among the tracks that has never been leaked before (though one of them has appeared quite recently is on one of those Rappcats EP) are some real heat. You got the excellent title track, produced by House Shoes and Dilla, that captures that Detroit sound very well - almost like a remnant from "Welcome 2 Detroit" with its mix of Ghettotech and boom bap. The minimalistic, dark, hard bouncing and almost hypnotic backdrop has all the hallmarks of two hip-hop cats growing up in the city that pretty much invented techno but always loved that boom bap shit. It is an effective opener but I can't help to think that had Dilla lived there's no question in my mind that the real intro to this album is the title track ("The Diary") which instead closes out the album here and also did so on the 2008 unmastered MCA leak (which was most likely an assembled work-in-assembly either way). That is a short track by Bink (which would later give it to GZA for "Animal Planet" when the LP was shelved), but it features Dilla talking about his trials and tribulations growing up in the D, giving listeners a brief overview of the themes you are about to hear on the album before closing it out by saying "Sit down I got a story to tell.. This is the diary of J Dilla"!). The album is thematic in that it's formed as an aural diary in rap form and you don't write a diary by putting the last page first. My advice is to put on "The Diary", press repeat all and then let it go back to "The Introduction" after that. Either way a blazing "new cut" is Dilla's remix of Supa Dave West's "The Doe" (available on EP through RappCats but also as a digital bonus track on iTunes for the abum) - although West's excellent "So Far To Go" made the album). Dilla's remix is a lot harder, true hardcore hip-hop with a lot of hilarious quotables over a chest thumping beat and retitled "Give 'Em What They Want"... Or as he himself put it in the intro GRIZZLY!!!

This is already a long review and I'm not going to go through every song, but there are two more joints we need to touch on. The first is "The Ex", produced by Jay Dee's musical hereo (in Hip Hop at least) - Pete Rock - and featuring the wonderful voice of Bilal. This is a very smooth joint were Dilla and Bilal talks about past relationships and how it can leave a mark on both parties. This joint has been in constant rotation for me about a year ago when I was in a similiar situation. The 2008 leak had a J Dilla remix of the same track which is not included on the album, I'ma post it up later for those who might not have heard it. The second track is "Gangsta Boogie", one of the tracks that had never been leaked before hand, and this was mentioned in a very old interview with either Egon or Peanut Butter Wolf. It's a Hi-Tek production featuring Snoop Dogg and Kokane, and it was one of the songs that never was completed in time when the album was shelved and abandoned. Jay Dee's parts were completely done, the beat was finished and possibly Kokane's parts as well - the problem was that Dilla is passing the microphone to Snoop Dogg who had agreed to partake but never got around to it in time. So the Snoop Dogg verse is new but it's all pretty seamless and it's a nice joint on a varied record.

All in all, "The Diary" (along with "48 Hours" by Frank-N-Dank) is the missing link(s) between "Welcome 2 Detroit" and "Ruff Draft" and the executive producers has made an absolute wonderful job in doing their very best to keep everything as it would have sounded. Had Dilla been able to complete it (it's only the Kanye West thing that bugs me - how the fuck is he not gonna let them use it for free considering how many times he said Dilla was his hero), but maybe the intention was all around that Dilla wasn't happy with West's contribution and was supposed to remix it into "The Anthem" all along. Perhaps "The Anthem" was supposed to be the first single and Kanye's version was the intended B-side. But this is just speculation.... The iTunes version includes a couple of bonus tracks not intended for the original album so I leave those be and strongly recommend this to any true Jay Dee fans - it's not perfect but it is without a doubt the most interesting and necessary J Dilla album since "The Shining" although if we're talking strictly music I must admit I prefer "Jay $tay Paid". So pick this one up, it comes highly recommended but can we please let Dilla rest in peace now?