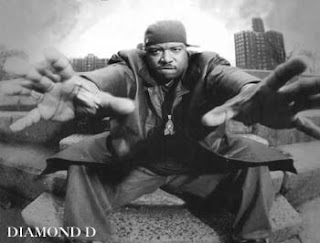 DJ Premier, Pete Rock, The RZA, Marley Marl and Large Pro are recognized as the absolute best in the producers game when it comes to that gritty sample-based dusty sound. But what about the four D.I.T.C. producers? They strangely are often missing from top-10 lists but i think that has less to do with their sound and more with Lord Finesse, Buckwild, Showbiz and Diamond D getting overlooked.

For me personally Diamond D is a the top 5 East Coast producers, and by far one of the best producers on the mic. After the shelved Ultimate Force album with Master Rob, Diamond's classic debut "Stunts, Blunts & Hip-Hop", Diamond soon became a sought-after producer. After his 2nd, very underrated album, "Hatred, Passions & Infidelity" he started getting placements on major records like The Fugees "The Score", Mos Def "Black On Both Sides" and Pharoahe Monch's "Internal Affairs" amongst others. It's from this period of time I have choosed to focus on when compiling this; the first in a series of D.I.T.C. producer installments. Enjoy it and if you're not familiar with this guys work give it a listen and drop a comment. If you're thirsty for more classic Diamond productions, make sure to check out "Dusty Fingers Vol. 2" as well. 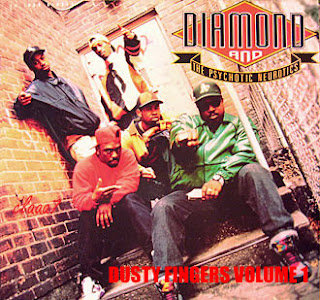