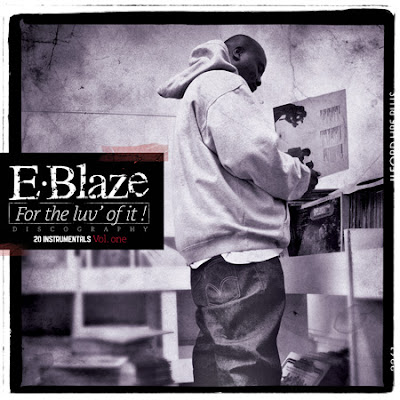 Eric Blaze was born and raised in Paris and in fell in love with hip-hop music in the '80s and while attending high school he started producing for local acts. As his love for beat-making grew he realized New York was the place to go to make a name for himself. Eventually becoming a resident of the mecca of hip-hop he slowly but surely started to make a name for himself; landing production on records by Screwball, Smiley The Ghetto Child, Infamous Mobb and Littles. Eventually Blaze caught the ear of D.I.T.C. virtuoso Show which led to him being the only guest-producer on Show & AG's brilliant 2008 EP "Live Hard". The relationship with the Diggin' In The Crates Crew continued to escalate as E-Blaze produced roughly half of OC & AG's collaborative album "Oasis" in 2009. Be on the lookout for E-Blaze in 2011 as he and Show has started a production company called Born Lordz and he certainly will get hired on a whole bunch of future releases. Visit E.Blaze's myspace for more info while you listen to the 20 instrumentals presented on the first installment of "For The Luv Of It". 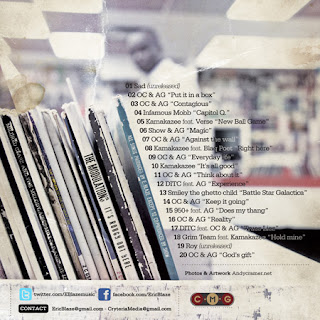