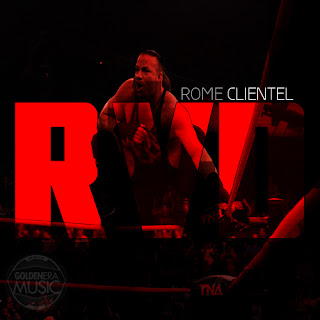 After his recent signing with Golden Era Music, the skilled Elmira representative Rome Clientele is gearing up for his first proper debut album, as well as his features on a label compilation that will appear soon. The first official solo single from the man after his signing is here, titled "RVD", and is business as usual. Considering that it's recorded over a previously reelased 9th Wonder instrumental ("Dollar Circulate") it's most likely a promotional single in the wait for Rome's own album. Either way it's a head-nodder with Rome spitting impressive verses, reflecting on his life so far, while also contemplating on what the future might hold for him, so I suggest to hit that play button ASAP. What's up Dharmic!

Posted by lost.tapes.claaa7@gmail.com at 6:46 AM