[Snippets] THE WHOOLIGANZ - "Make Way For The W" 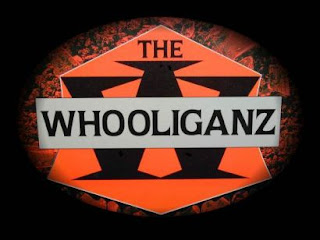 Check out this slamming post from the fam over @ The T.R.O.Y. Blog a couple of days ago. Basically it's a bunch of snippets from the lost album by The Whooliganz that was to come out on Tommy Boy in '93 if everything had gone as planned. The Whooliganz was the original group of The Alchemist, a duo together with Scott Caan, who got signed to Tommy Boy after touring with Cypress Hill as part of the Soul Assassins collective. The snippets feature stellar production by T-Ray, Baka Boyz and DJ Lethal... Another lost gem that needs to be made available as soon as possible! Much thanks to everyone involved in making these snippets available.