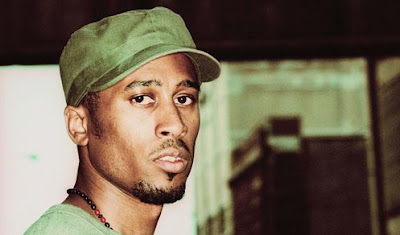 There's absolutely no argument that A Tribe Called Quest with its huge impact on the hip-hop scene isn't one of the most influential and greatest hip-hop grops of all time. From the heavily jazz-influenced soundscapes, to the innovative turntble work, to the positive and often hilarious lyrical concepts; all three members contributed something unique to the table. All the elements came together to form like voltron and created one of the most unique musical styles the world has ever witnessed. The chemistry beween its two vocalists, Q-Tip and Phife Dawg still holds up as one of the ultimate tag teams of rap music, and 'Tip and Ali's unmistakable mixture of boom bap tinged jazz with its heavy low end and fequent use of the Rhodes pianio was certainly a new vibe that would inspire generations to come.

The production of the three first classics, before Jay Dee was added to the fold of The Ummah, has been somewhat controversial. The Abstract, beter known as Q-Tip, was responsible for much of the beats and arrangements; it's hard not to recognize his drum patterns and innovative use of jazz samples. 'Tip has many times stated that he was the sole producer of all Tribe's music (the stuff not hadled by DiLLA of course), which I personally believe is far from the whole truth. Many of the classics gives writing or co-writing credit to Ali Shaheed, including a song like "Crooklyn" that is generally thought to be a 'Tip production, when in fact they both collaborated on the beat as anyone in´possession of the actual single can attest to. Last, but definitely not least, if Shaheed was only contributing the scratches on those records he hardly would've gotten publishing and writing credits. The Ummah, which of coures consisted of Q-Tip, Ali and Jay Dee, was one hell of a power trio which is often overlooked as to what they each contributed to the music, as they all had quite different styles, yet were all clearly very influenced by eachother whcih gave the trio a coherrent sound. Ali was probably the most soulful, R&B fusing producer out of the three, easily being able to undercut a regular R&B jam with some vintage hip-hop aesthetics without ever coming off as forced. D'Angelo's "Brown Sugar" and Jon B's "Cool Relax"are both perfect examples of this.

Although he mainly produced under The Ummah or A Tribe Called Quest banner, we can not overlook the magnitude of the plenty of songs credited only to Ali Shaheed Muhammad (something you often have to read the actual credits to gain knowledge of); and that's where this compilation comes in. Kicking things off with Sha's masterful and energetic remix of Boogie Down Production's classic single "We In Here", which is a perfect example of Ali's style as he totally flips the original, giving it a totally new sound without losing any of the rawness of the original mix. This is followed up by another ceritifed hip-hop classic in the form of the first Crooklyn Dodgers joint (Masta Ace, Buckshot & Special Ed) that was released in '94 on the "Crooklyn" soundtrack (it should be noted that both Q-Tip and Mummad are credited for this one). Now, it wouldn't be right to at least include one Tribe joint, but as is usuaul with my compilations I won't add any album material. Instead I have opted with the Mr. Muahammad remix of "Check The Rime" which beauifully flips the sonic concepts of the OG. After the '94 cut "We Run Things" from Mr. Khalyl, Lee Stone and Y-Tee. Following that we're moving into the jazz and soul realm which the producer handles with excellence; a reinivsion of the Curtis Fuller classic "Five Spot After Dark", remixed for a jazz remix compilation from 2006. Another sick departure from the traditional hip-hop bangers to the jazz realm comes in the form of legendary sax-player Greg Osby's "Rise" and Shaheed's remix where he enlists a rare guest apperance by none other than CL Smooh. The heat simply don't stop and this is in fact one of my personal favorite compilations in quite some time... In fact, I like it so much that I went back and added 320 kbps rip of many of the songs to add to our listening experience. Oh and for some good measure, check out my previous compilation of Q-Tip's prouction work, titled "Abstractions of Funk" - now that would've made a slamming double C D don't you think? TURN IT UP!!! 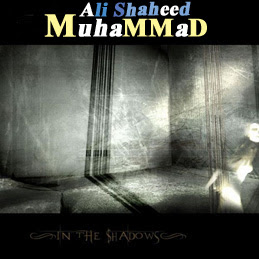 ALI SHAHEED MUHAMMAD - "IN THE SHADOWS"
Posted by lost.tapes.claaa7@gmail.com at 4:00 AM