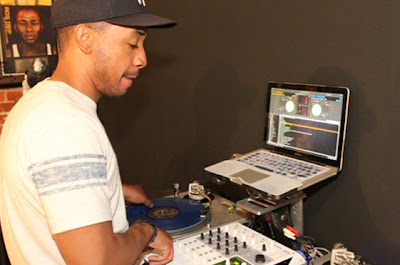 My man Pattch82, who previously contributed and collaborated on some brilliant compilations for The Lost Tapes, got the chance to pick the brains of one of hip-hop's true greats - DJ Prince Paul. This a fantastic read, and Pattch did a great job with the questions so I bet y'all will enjoy this one like crazy. Because of the blog format I am only posting a selection of the Q&A here, but make sure to head over to HipHopSite and peep the rest because there's a lot more to it.


PATTCH82: First off, what is the concept behind your new album Negroes On Ice...? Didn’t it start out as a theatre show of some sort, like a comedy/sketch show…?

PAUL: Umm, well actually we have a few other MC’s but he kinda splits it half and half with the other guys. He doesn’t really rhyme, I kinda made him rhyme by default you know, when we came to do this we didn’t have the budget so he was forced to rhyme some of the stuff, it’s difficult because he can’t rhyme so it was horrible, horrible times but we got through it, made it work haha.

P82: I heard the ‘Textual Healing’ track and didn’t think the rhyming was bad… 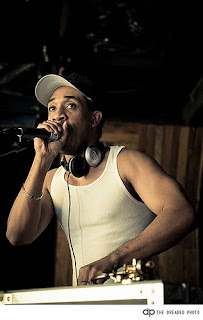 P82: Do you handle all of the production on the album…?

PAUL: No actually it’s split between me and him, initially he did most of the production on there but as time went on we needed to pick songs so we’re doing 50-50. And there’s also a guy, a friend of his that he works with which is another Paul, named Paul Mackenzie and he plays the keyboards so they put a lot of stuff together between them two on the album as well.

P82: When it came time to do the second Gravediggaz album was it a decision that you made to take more of a back seat on the production side of things…?

PAUL: Yeah, I only really wanted to do the first album, that was my main thing. When it came to the second album I remember me and RZA were talking about not doing it, like yeah we cool, but felt that Poetic and Frukwan weren’t really in a position to move on. We still had another album contract and budget, so you know, to make it financially better for them we decided to do the second album. I told them I wasn’t really into doing the production as much so I told RZA it would be wise if he did his part, he was starting to put together his production team, he had people working under him he was building his Wu-Tang conglomerate. And he decided hey, let’s get everybody paid, so everyone can produce some tracks in addition to himself.  And I’m cool, I just want to chill out, you know, I’m on to the next thing.

P82: Were you still present at the recording sessions and mixing sessions…?

PAUL: A lot of times I was there, more when they were recording the lyrics rather than the music because you know a lot of producers make beats in the house and then laid the track down at the studio so I felt like they didn’t need me there, it was their own production I didn’t want to step in. 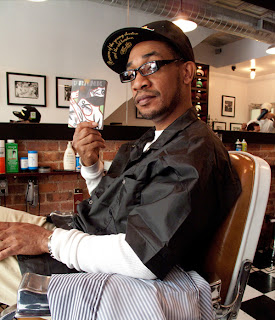 P82: The project that you were working on straight after the first Gravediggaz album was the Horror City album right…?

PAUL: Well the Horror City stuff, I kinda did it at the tail end of the Gravediggaz record. What freaked people out, especially when I tried to shop the Horror City stuff, people thought it was the same thing as Gravediggaz because of the name Horror City. But Horror City is just the slang for Amityville, that’s what it’s called because of the Amityville horror. And so people got it all mixed up and it caused a whole lot of stress but yeah I recorded that at the tail end of making the first Gravediggaz record. I think it was a really good album man, but nobody heard it at the time.

P82: It gets pretty much universal acclaim on Hip-Hop blogs since you put it out online. The beats are like a natural progression from what you were doing on 6 Feet Deep, were you still in a dark place at that time…?

PAUL: Yeah, yeah, all of those beats were made around the same time. Sometimes I go back and listen to it, at that point I was doing a lot of that stuff on ADAT tapes so I listen to those tapes, there’s maybe ten songs on a tape. Sometimes I listen to those songs back to back and they all have that same vibe. It’s what I was going through at the time. In some ways I wish I could repeat that again, it’s a time and space as far as getting back in to it.

P82: You produced the Resident Alien album when you had your Doo Dew Man label. Were there any other acts that you were producing, or was anyone else signed to the label…?

PAUL: Oh yeah there was a gentleman by the name of Mic Teluxe, a good friend of mine, I grew up with him actually. To me, he is exceptionally good lyrically. We did maybe half an album and it never got released and I’ll probably throw a song or two on Soundcloud. I thought he was really, really good but the label just crumbled and things didn’t work out so I didn’t get a chance to put his music out but I still have a few of his songs.

P82: Have you been working with any other groups or MC’s lately…?  The Souls Of Mischief album that you did a few years back is a personal classic!!

PAUL: No not really. The Souls Of Mischief album was a hard record to make too but it was a lot of fun in the sense that I got a chance to really hang with those guys and get away from the house. We spent like a month, almost a month in a house out in the woods man it was horrible haha you know, bugs all over the place it was hardcore!  Working on my Mac laptop you know, it was some gully recording but it was cool. But yeah, there’s been a few things I’ve tried to put together over the last few years but it’s just hard getting people together. Back in the day if you had a budget, it’s easier to get guys together and MC’s together and say hey here’s some money let’s work on this record. One, they’re motivated because they’re getting paid and they can take time off because they’re getting paid. And the other part of it is they obviously love the music. So now it’s difficult for me to go to MC’s and say hey, lets work on this project together, and they go ‘For what?’ haha. And I’m like ‘to make great music!’ haha.  And they go, ohhh ok, and it never gets done.

P82: Going back to the new album, Negroes On Ice, when does that drop…?

PAUL: It changed, it was September 25th, it’s now October 2nd and the vinyl and the CD’s come out on the 16th on Nature Sounds.

PAUL: Umm I can give some basic ones out, there’s a lot of vocalists and vocal appearances on here, there’s Breeze Brewin who I’ve worked with before, my Son’s friend his name is T Harris, there’s Soce The Elemental Wizard, obviously my Son, there’s a bunch of vocalists. I’m not at liberty to say just yet, I kinda want to surprise people when they hear the album and they’ll go that’s such and such, man that’s such and such.  There’s a lot of guest appearances on there.

P82: Good luck with the album when it drops and thanks for taking the time to answer these questions…

PAUL: Thank you. I appreciate it man and no problem at all.
Posted by lost.tapes.claaa7@gmail.com at 2:21 PM