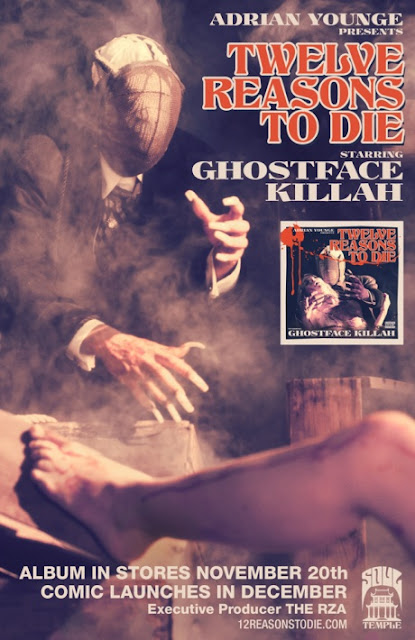 Wow, the second fantastic suprise of the day. This really came out of nowhere, but definitely has the potential of being something totally incredible as it looks to be a concept album orchestrated by uprising soul producer Adrian Younge, starring Ghostface Killah and being executive produced by The RZA. Apparantly the label this is dropping on is a new imprint under RZA's directance, Soul Temple Records, which will also handle "The Man With The Iron Fists" soundtrack. If everything goes as expected, November 20th we'll learn "Twelve Reasons to Die".
Posted by lost.tapes.claaa7@gmail.com at 1:53 PM