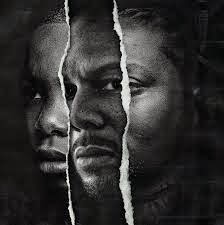 Damn, there's something seriously wrong here, I have written thsi article three times now and it just keeps dissapearing for some reason. So I'ma keep it short now, Common Sense has always been an emcee I held in the higest regard; his flow, his cadence and especially his lyrical theme - and the way he always uses one singular producer or production team for his LP.s - creating early classics with No I.D. such as "Like Water For Chocolate" (2000), "Electric Circus" (2002) [yeah I said it], his three debut albums produced by Nio I.D. and the KanYe West produced "Be" and Finding Forever" (2005/2007). Last but not least in 2012 he hooked up with No I.D. again on the excellent +"The Dreamer/The Believer" as well as some side projects like the Cocaine '80s mixtape featuring some of Chi-Town's finest from all apsects of music. His catalouge is steadily growing stronger, out of his 10 albums or so there is only one I don't care for - The Neptunes produced "Universa Mind Control"

Now he's back with another free mixtape in preparation for his upcoming full-length and it's another really good LP juding by the four singles we've hars so far. The new album is called "Nobody Smiling" and is a concept album on the rising violence and gun packing in Chicago cityy. The CD is released next Tueday while the vinyl drops via Def Jam @ UGHH. You can stream the album and pre-order the project. Until then get your freak on and ress play below and sith back, relax, and enjoy some words of wisdom from tge fanukt,

COMMON - "NOBODY SMILING"
Posted by lost.tapes.claaa7@gmail.com at 5:05 PM

Email ThisBlogThis!Share to TwitterShare to FacebookShare to Pinterest
Labels: Album, Common, No ID