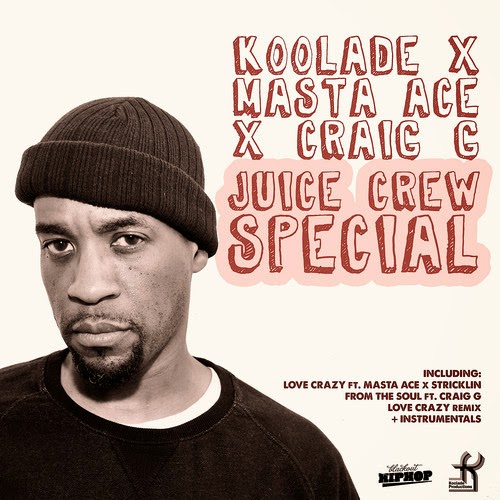 Croatian producer Koolade is best known for producing Masta Ace's fantastic "Beautiful" from his "A Long Hot Summer" LP. Now the two has teamed up again a long with Stricklin and Craig G for a three track EP that Koolade has given the title "Juice Crew Special". It was released about a month ago but I totally missed out on its original release and I'm sure I'm not the only one. This is definitely some smooth shit, with two versions of the Masta Ace/Stricklin' joint "Love Crazy" that was recorded some time ago. The Craig G joint "From The Soul" was originally recorded in 2011 but none of these records has seen a release previously. All instruments, production and artwork by Koolade, and you can stream the entire thing below.

Also in case you missed it, Koolade also released a powerful single with two other legendary New York emcees in Diamond D and Sadat X called "The Natural" back in February. In case you slept on that when it dropped definitely be sure to check it out below and support it @ iTunes.
Posted by lost.tapes.claaa7@gmail.com at 1:15 PM