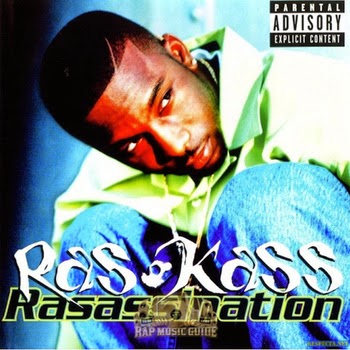 Back in 1998 Ras Kass followed up his magnificent and later to become a classic solo debut "Soul on Ice", which proand ved that he wasn't just a nice emcee speaking on real topic over to this unforgettable beats (records like "Soul On The Ice", not least the remix, "Nature od The Treat", "On Earth as It Is", "Sonset", and the list goes on). But following such a solid album, not to say classic, is always a risky thimodeng - the infamous sophomore jinx which we've seen so many tmes from various, great artsts. Still signed to Priority records the year after his debut was released, Ras was back at the studios getting busy with collaborators such as Dr. Dre and Mack 10 who supplies rhyme with Ras over a hot joint laded down by Dre's protogé at the time, Stu-B-Doo who produces another additional four songs.Other guests and producers include Big Jaz, Xzibit, Saafir, Twista, and man more.he collaboration between The RZA and Ras Kass over a stunning Easy Mo Bee (on "The End" - to this day one of my favorite track from both Ras' and Mo Bees' respective catalouges.

"Resuecction"  might not be the bonafide classic that '96 debut is, but it's most certainly a very good album. Lyrically Ras is as on point as always it's a blessing listening to his wordplay, serious lyrics and his voiceaddictive cadence. Add to that the majority of beats that really knocks for the most part, and when you take these two concepts  Add a bunch of hot guests from both the East and West and you can't deny that you have a hot album on your hands. The only downside was that it's slightly too long and a bunch of he tracks didn't hold up to the high standard of the best mateial here. Deleting about four tracks Ras Kass had created an incredible album that I still play from-time-to-time a long with his debut two years earlier.,

So how come I'm making a post and nini-article on this particular 1998 album, it happens that I do it when I have just listened to an older album that I love and want to revisit its strengths and wealnesses. Here though, Ras Kass has just released an updated version of the album (digital only it seems), which is available for stream and/or download in HQ "mp3:s from Ras' Bandcamp.. I'm not sure if it has been remastered but the most interesting thing about the release is that it is a deluxe edition featuring three previously unreleased tracks recorded during the making of the project, and they are all iLL too; "DJ Red Alert Drop" as you would've gussed is just a thirty second drop from Red Alert over a funky, thumping beat; "Game Face" is perhaps the most interesting joint, recorded in 1997, it features Ras and Xzibit going back and forth; last but not least you got "66-Sicks", a smooth beat where Ras Kass goes into storytelling mode and takes on the topic of how fucked up the world can, and often will be. This would have been perfect on the album, I can't understand why he would ditch it. It would've been perfect as the closing song if  "The End" didn't already do that job marvelously. Oh well, at least we are now finally able to hear this gems as well as revisit Ras last classic album if you ask me. In case you're new to this site, be sure to check out two next two albums following this, that unventually got shelved after competion and thought was lost for years. Luckily the incredible Lost Tapes contributer ANT hooked me up with full, mastered versions of "Goldyn Child"  and  "Van Gogh" so we should definitely THANK HIM for thosse gems. Ait, time to get your Ras Kass on!
Posted by lost.tapes.claaa7@gmail.com at 12:42 AM