One of the major beefs fans have with RZA's direction on the last couple of Wu-Tang Clan albums are the inclusion of weak or average singers crooning away corny hooks in a very non-Wu fashion. It's not like the all-time classics such as "Cold World" or "All That I Got is You" had  real saccharine hooks; they added to the production and overall song with lyrics that had everything to do with the record's concepts. While recent Wu albums have seen choruses/intros and bridges performed by no-names like Nathaniel, Dexter Wiggles, and Thea, the original Wu-Tang singers was an essential part of what made album like "Ironman" and "Liquid Swords" classics, considering they had singers like Blue Raspberry and Tekitha Washington in their camp. These singers were responsibe for  taking Wu classics such as "Mr. Sandman", "Impossible", "Heaven & Hell", "Black Boy", "What's Going On", "Pump Ya Fist", "Rainy Dayz", "1-800 Suicide Remix", and many more. I have no clue what there personal relatiohip is, but  a Wu-Elementz produced album for this two oversen by The RZA, Divine, Power and Dnnis Coles would have been something else. I know that Tekitha and Robert Diggs was at one point married, which is probably why she mainly took Blue's place as the #1 Wu Crooner (she did however appear on Raekwon's "Cuban Linx II" on the magnificent cut "Have Mercy" in 2009).

Tekitha actually  had a solo deal in place at one point in the early 2000s, on a Wu-Tang Related label called Digital Recordings whom also put out singles and albums by Black Knights, Division C.C.F., and Suga Bang's solo album "Fire". The title of the album was "Wisdom Body" and was The album I have here, might not be the complete deal, considering it clocks in at just under forty minutes, with only nine songs, but personally I prefer shorter R&B/Soul albums like back in the days, and this is definitely one of them records that you can zone out to whether you're with your girlfriend or by yourself. This clearly would have made for a nice LP or EP pressing, perhaps with a bonus track or two added. Tekitha had a beautiful voice, and the production and writing is sexy throughout. If there's one complaint is the number of unneccesary weak guest rappers that pop up now and again. The only worthwile verse comes from Ghostface, but we all know that. 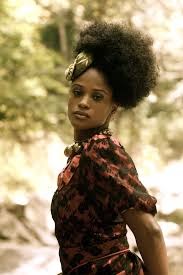 During this time of the Digital Records label, Tekitha did in fact release a RZA produced 12" single called "You" in 2002, featuring one solo version and one rap mix featruging Ghostface Killah.  A project entitled "Wisdom Body" always used to be listed among the many "coming soon" releases on certain Wu solos around this time, and I strongly believe this was the first promo song to be sent out to DJ:s for the LP which unfortunately was shelvd. Rumors has it that the Tekitha EP been said to be fully produced by RZA but to be honest which forthcoming Wu release isn't? In fact very little has been made public about these recordings with Tekitha so who really knows. There's no release info, there's no production credits, but my guess is arond 2002/2003 for a couple, three reasons. First off, "You" was released in 2002, definitely a promo for "Wisdom Body" that would taken off as a single full throttle had it been succesful. Then in 2003, Tekitha's album was listed as "coming soon..." in the booklet for "World According to RZA". Last but definitely not least; Raekwon realeased one of the worst albums in the Wu-Tang history with "Lex Diamond Story" - It wasn't a complete waste though, as it did feature the masterpiece "Once Upon A Time". originally a Tekitha solo from "Wisdom Body" with two short Rae verses added. Classic!

The album you'll find below features nine solo songs by Tekitha Washington and is sure to please any fan of her haunting voice and real R&B with a lot of soul. The music contained here are honest, sexy true Soul/R&B but not wthout that Wu feeling. This is easily an album you can listen to from front-to-back and then rewind again, if you're in that mood. There's so much good material here, and while I don't have a clue who produced the majoirty of the music here I know that RZA is responsible for "Masta High", "Ghetto Serenade" and "You". I'm not sure if this is the full album as it was intended or if it's just an excerpt but as it adds up to roughly 40 minutes of strong soul music performed by a truly gifted singer and writer its one I strongly recommend. Get your groove on baby!