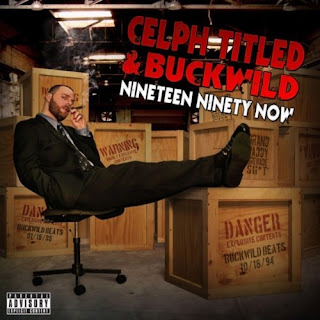 Those who know me know I basically regard the D.I.T.C. crew as gods of hip-hop. From that collective hails the legend known to the world as Buckwild and as far as I’m concerned he hasn’t got much all that many worthy competitors among true school producers. Since his early work on OC’s classic debut ‘Word…Life’, his signature boom bap sound has been sought out by everyone from Jay-Z, Notorious B.I.G. and Angie Martinez to Street Smartz, Cormega and his D.I.T.C. comrades. In 2007 Buck released a double album highlighting some of his rarer classic productions and remixes from ’93 to ’97, making for close to three hours of essential listening. When rapper Celph Titled (of Demigodz and Army of Pharaohs fame) announced he had recorded an album using nothing but Buckwild productions I got hyped, but at the same time I wasn’t fully sold on the concept. The idea was to use previously unreleased and 100% unheard beats recorded between 1993 and 1996. During that golden era the producer reached a peak which resulted in countless classics; but maybe the beats that Celph Titled got a hold of had been left on the cutting room floor for a reason?
When I first heard the retail album I quickly realized that there had been no reason to worry. The album is actually better than I would have hoped for. Strangely enough the production doesn’t sound the least bit dated and is often just as good as the hottest material on the 2007 compilation I mentioned above - 'Diggin' In The Crates: Rare Studio Masters '93-97'.
The soundscapes on 'Nineteen Ninety Now's 16 tracks are with few exceptions aggressive, dusty and raw , with focus on a rhythm section on full blast with emphasized bass riffs and knocking drums. The atmosphere is drenched in jazz vibes (and to a lesser extent soul, rock and funk) with magnificent horns, jazzy organ riffs, vibraphones and other traditional instruments from the genre dropping in and out of the sound picture. As a true virtuoso on the SP1200, Buckwild’s perfectly crafted collage of samples on masterpieces like "The Deal Maker", "Wack Juice" and "Eraserheads" clearly reminds me why I fell in love with hip-hop to begin with. 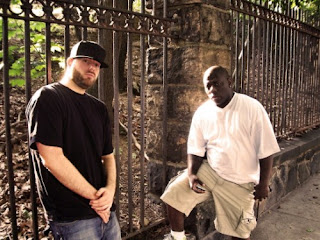 But great productions alone will only get an album halfway to greatness and I'll be the first to admit that Celph Titled and the Demigodz never really grabbed my attention. Therefore the white Tampa emcee really surprised me with his outstanding performance here; he really makes the impeccable beats justice with his hardcore delivery and often hilarious battle rhymes. Without sounding dated he has a lot of  the qualities of a mid-‘90s rapper as the influences from Lord Finesse and the ghost of Big L’s spirits shines through in the clever punchlines and salty one-liners. Celph delivers so many memorable quotables on here that it ain’t even funny… or actually it is. His gruff voice deserves a mention as well as it really matches the sinister tone of the music Buck provides him with on the disc.
Another strong point that earns the LP loads of extra points and credibility is the ambitious choices of guests that help Celph Titled wreck mics over these timeless instrumentals. There’s a really good balance in the features in the way that we get to hear the main emcee go forth-and-back with a host of respectable underground legends from both sides of the perspective. Naughty By Nature’s Treach and Jedi Mind Trick’s Vinnie Paz help rip tracks to shreds while four brilliant posse cuts sprinkled throughout the LP’s 16 songs fuel the overall greatness. As a fan of both D.I.T.C. and Brand Nubian my favorite among those has to be “Take It In Blood” which has murderous cameos from Grand Puba, Sadat X, AG, OC and Diamond D. Phew!  We also have the too dope to describe “Swashbuckling” where Celph goes head-to-head with his Demigodz crew (Ryu, Apathy, Esoteric); making it a masterpiece both lyrically and musically as each rapper gets their own equally outstanding beat for their respective verses.

Buckwild and Celph Titled have made the fattest album of 2010, a year that had plenty of good releases making it quite ironic that it’s an album partly recorded fifteen years prior; much because this sound has gone lost in this modern day and age. If you love the dusty East Coast bap of the early ‘90s, before it was all about shiny suits and big chains, go out and support Celph Titled and Buckwild’s 'Nineteen Ninety Now' and enter the time machine. This is real hip-hop for real heads - creatiive sample based boom with the bap, braggadocio rhymes with the right attitude and incredible turntable work that stands as a bold attempt at reintroducing the DJ as a force to be reckoned with.
BUY THE ALBUM VIA AMAZON.COM
Posted by lost.tapes.claaa7@gmail.com at 3:30 AM