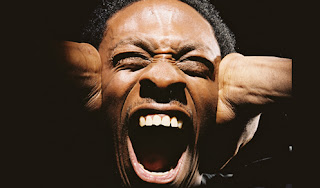 I was a bit hesitant to do this compilation at first, mainly because I know all of Pete Rock and Wu-Tang's albums like the back of my hand, but after putting it together and sequencing it right I was blown away by how dope these joints sounds together. The Wu-Tang Clan is still my favorite crew of all time, and it's great that they are still putting out some of the best albums in the industry today (like "Only Built 4 Cuban Linx... Part II", "Fishscale" and "Grandmasters") and Pete Rock will always be at least top 3 on my list of favorite producers. The saying that great minds think alike often turns out to be very true, and that's evident here when Pete Rock meets the Wu-Tang Clan. About 90% of these are ripped from my personal CD collection; the compilation consists of tracks from Pete Rock's "Soul Survivor" (1998), "Soul Survivor 2" (2004) and "NY's Finest" (2008) as well as a bunch of Wu-Tang Clan solo LP's. These are; Inspectah Deck's "Uncontrolled Substance" (1999), Raekwon's "Immobilarity" (1999) and "Only Built 4 Cuban Linx... Pt. II", Ghostface Killah's "Fishscale" (2006) and "Apollo Kids" (2010/track recorded 2006), "Blackout 2" by Method Man & Redman (2009), and finally Masta Killa's "Made in Brooklyn" (2006).

The three remaining tracks have not yet been released on any retail album; Smif-N-Wessun and Raekwon's "Prevail" (which sounds as a way iller "Criminology" sequel than the one Rae and Ghost recently recorded) will appear on S-N-W's collaboration LP with Pete Rock which drops on Duck Down later this year. "Kids That's Rich" is a Raekwon song that was released on several mixtapes during the Chef's hype building promotion marathon leading up to "Cuban... 2". I believe the track is from circa 2006 and is a very possible "Cuabn Linx II" outtake. The last song on here is a radio rip of Pete Rock's remix of Cappadonna's classic "Slang Editorial" which was played by Pete on his Future Flavaz show in 1998 or early '99. Therefore the quality is not the best but it is what it is; by the way he later used that beat for his remix of Black Star's masterpiece "Respiration". Enough talk, download all these collaborations between the one and only Soul Brother #1 and the 8 Diagram Pole Fighters, who are all represented here with the exception of U-God. 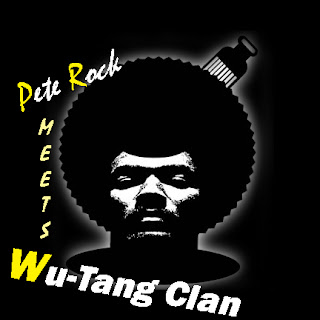 Posted by lost.tapes.claaa7@gmail.com at 2:38 AM