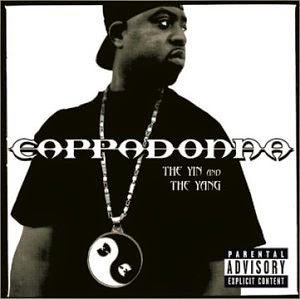 When Cappadonna first got out prison and made his first recorded apperances on Raekwon's "Ice Water" and "Ice Cream" in '95, followed by no less than five songs than Ghostface's "Ironman", he absolutely blew the collective mind of the hip-hop community - his 54 bars verse on ""Winter Warz" still stands as one of the greatest verses of all time. In short Cappadonna was one of the most promising new emcees in the industry around this time, and apparantly he is responsible for having learned the basics of rhyming and freestyling to a lot of the Wu generals back in the early days. But then something happened, on his five apperances on "Wu-Tang Forever" he sometime came off-beat, sometimes made little to no sense, and sometimes was as brilliant as ever. This continued on his '98 debut album "The Pillage". However, with enough incredible verses and his unique flows coupled with no less than seven outstanding RZA beats, five True Master bangers, and additional potent head knockers by 4th Disciple, Allah Mathematics, and Goldfinghaz, "The Pillage" was a remarkble debut album that today has gained a well deserved cult-following.

However, his 2001 follow-up "The Yin & The Yang" often considered as one of the absolute worst albums in the 60+ discography of the Wu-Tang Crew.. The production by the original Wu-Tang Elements producer was here replaced by Jermaine Dupri, 8-Off a.k.a. Agallah (who is a dope producer indeed), Neonek, and Inspectah Deck, The two producers who reprised their role from the predecessor is True Master and Goldfinghaz, on the single "Super Model" (above) and "Love is the Message" (Ft. Raekwon). Not suprisingly these are the albums only good songs, a long with 8-Off's lone contribution "The Grits". Not only are the vast majority of beats embarassingly wack, but the majority of Cappadonna's performance is equally bad. However, the project could have been a lot better and less embarassing if things had played out a bit differently. 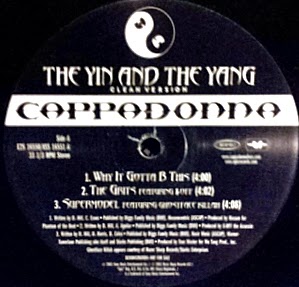 Although The RZA and Divine are still listed as executive producers of the project, Cappa had a huge falling out with The Abbot of The Wu-Tang Clan around this time - sometime he touches on on his following album "The Struggle". In fact, Cappa had already recorded verses for the Wu-Tang Clan's 2001 album (you can hear him in the chorus on the hidden track "The Glock"), but not only were all his verses cut from the final project, his picture was even airbrushed from the album artwork. In the same vein, RZA's two original production contributions to "The Yin & The Yang" was completely removed from the album, after appearing on two advance promo versions (one clean vinyl promo and the advance CD). Not suprisingly, these two tracks ("Why It Gotta B This?" and "Real Niggaz"), were by far the strongest songs on the LP and why they hardly would be able to save the project, it would've made it a lot stronger combined with the three good songs mentioned above. Both songs have a classic Wu-Tang sound, with menacing strings, agressive drums and powerful bass, which also makes Cappa come off as much more potent in his writing and lyrical delivery. "Real Niggaz" also features a guest apperance by Sunz Of Man's Prodigal Sunn who was one of the foremost Wu affiliates when it came to high profile cameos at the time. If you haven't heard these joints before, be sure to stream or download them below, and while not make a little EP of these two joints and "Supermodel", "The Grits" and "Love is the Message". Suuuu!

Posted by lost.tapes.claaa7@gmail.com at 5:47 AM