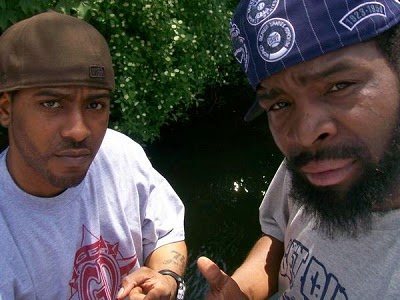 Readers of this blog are heavily aware that I got a real soft spot for music from the D.I.T.C. camp and a peviously unreleased full-length LP from AG and the still underrated Ghetto Dwellas, with productions from Showbiz and AG sounds almost too good to be true. Unfortunately it kind of is; but then again this LP/compilation has never been leaked in its entirety so maybe a retail version might have been a little stronger.

There's no question that AG, D-Flow and Party Arty have an amazing chemistry and are excellent at bouncing off each other since they all have so distinctive flows and writing styles. After recording was completed the album was shelved for the longest, but whether or not this was because the trio was unsatisfied with the recordings or if there was a problem at the label involved remains unknown. But it might very well be the former, as much of the production on here sound quite generic... despite the majority of the 11 songs featured here being produced by Wild Life alumnis Showbiz and Amed, at the height of the switch from DITC to Wild Life where especially Show started fucking with a new sound. AG and GD drops several dope verses but all in all it's a pretty bland lyrical contribution as well. In fact it might be better to use the best songs from this together with some other fat GD / AG joints to form a compilation.

I had in fact never heard about this album until AG posted a link to what he labeled "Return to 1999" via his Facebook and later on official website. The album definitely felt incomplete, however, as each of the 11 songs cut off at exactly two minutes and the intro mentioned Lord Finesse as a producer on the project despite not being listed in the credits. It was time to get some answers, so I contacted Amed, who of course produced at least half this project. What was the reality of this leak, was it simply a compilation of AG/GD tracks left on the cutting room floor (as some of the songs have also been released on 12" singles) or was it in fact an actual album intended for release. Amed managed to clear much of this this up - "Take it Back (Return to '99") was in fact a full-length album to be released under the name of AG / GD (remember that excellent single they put out under that name back in '99). I asked Amed when it was originally recorded since to me it sounded like late '99, early 2000, but as far as I know they didn't start rocking Wild Life Entertainment until Autumn 2001. His response was that he don't remember the exact year but that The Wild Life thing has been something they have been running with since like '89.

We talked about a lot of interesting things, and hopefully I'll soon be able to hook up a full interview with Amed on The Lost Tapes - but before our conversation ended I asked him one more question about this AG/GD project. As it only clocked in at 11 tracks and about 30 minutes, and as mentioned above the intro also shouts out Finesse as aproducer despite being nowhere to be found. I supposed there were missing tracks and suspected it might also meant to be a mixtape. Amed set the record straight saying that "there is more tracks originally recorded and some credits are wrong.... And yes it was meant to be released as an album". Despite it not being "The Dirty Version" it's well worth a few spins and a must hear for any fans of AG/GD/Amed/Show and the D.I.T.C. camp,

The version posted below is not the 2 minute snippets versions that AG originally posted, but rather features the entirety of all the songs. This is a version that I acquired from Philaflava member Freezy Peezy who was kind enough to let me include it on The Lost Tapes so a huge thank you to Freezy! Enjoy this one while we wait for that new Show & AG album! 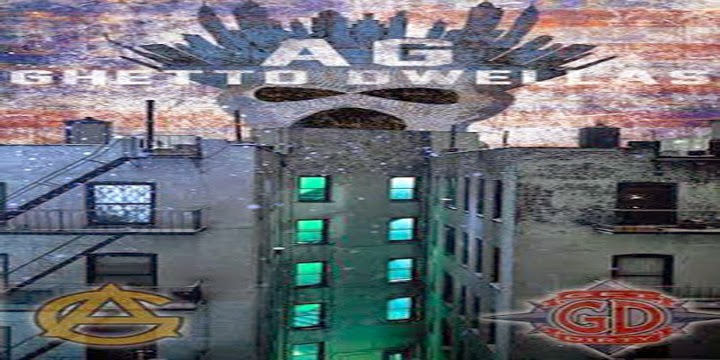