I remember having a discussion with a certain Charles Jones  on how he considered Sadat X's "Wild Cowboys" an extremely dissapointing album. Needless to say I had no clue what he was on; to me The X-Man's 1996 debut is an extremely impressive full-length album. Coming off three excellent LP:s by Brand Nubian - "One For All", "In God We Trust" and the frustratingly underrated "Everything is Everything". With his '96 solo debut Sadat got the chance to write about more personal topics like domestic problems, the feeling of being locked up, create thematic songs about the misrepresentation by the media, ghetto stories, and weed and alcohol. Another thing that set it apart from the Brand Nu group albums were found when glancing over the production credits - wereas previously Sadat almost exlusively had been heard rhyming on chunky beats by Lord Jamar and funky headnodders from Grand Puba, here he went for a plethora of sounds from some of the most talented, young beat makers of the day. 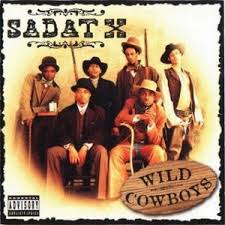 On "Wild Cowboys" Doddy X got to flex his lyrical muscles and unmistakable voice over production work by D.I.T.C. aumnis Diamond D, Buckwild, Showbiz and DJ Ogee. In adition he also scored beats from Money Bo$$'s (who collectively appears on "Game's Sober") producer Minnesota, Da Beatminerz, Pete Rock, Dante Ross, and Ali Malek. With a production line-up like this in the mid-'90s and hosted by the unique and truly great Sadat X, I for the life of me can't understand why the LP wasn't that well-received when it first dropped (3 mics in The Source; 3 stars in Rolling Stones and the same for AllMusic). I mean what the hell, this is hardly no average album, it's close to a mid-'90s classic to me and there's not a single song I would skip - and with apperances from Deda/Pete Rock ("Escape From New York"), Grand Puba, Roc Raida, and The Black Cowboys posse consisting of Shawn Black, Kool Chuck and Tec.

As is so often the case with almost any album, there are tracks that was recorded for the album but never made the final cut. In 1996 X released a rare promo 12" featuring a song called "East Coast" on the A-side, produced by Buckwild, while the B-side came strapped with vocal and instrumental versions of an original alternate version of "Wild Cowboys", produced by DJ Ogee. Both songs are included in this new Lost Tapes compilation which focus on Sadat X singles, soundtrack joints, B-sides and guest features from the era. As the project is designed as a sort of prequel to his solo debut I have choosen to focus exclusively on songs betweeen 1994 and 1996, and as a sort of jumping off point I decided to go against the non-album track rules and include Sadat's first solo song "Alladat"; the hardcore joint that Buckwild produced for Brand Nubian's "Everything is Everyhing" in 1994 (while Jamar got "Return of the Dread" as a solo jam on that album). So get ready for an hour of Derrick X that will hopefully inspire you to dust off, or even cop "Wild Cowboys" if you don't have it already. Sadat's in effect!

Last but definitely not least - A huge thank you goes out to my man Fritz who managed to hook me up with an original VLS rip of "East Coat" / " "Wild Cowboys: OG" which I've been searching for forever. On top of that, much props to everybody who originally ripped any of these tracks which I couldn't rip by mself, sometimes because I don't own the original records. Thanks guys! No matter what this sounds like a very sick prequel to "Wild Cowboys" and you can easily hear it as a stepping stone from a group member to a forefront solo artist, and the results is damn fine. 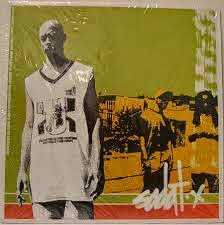