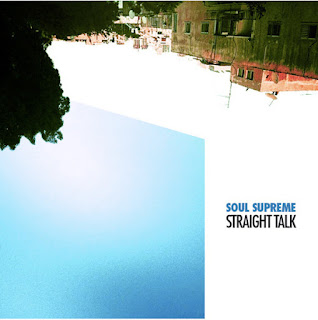 Born as David Åstrom in the chilly deep northern parts of Swedish areas, and though he had a large hit here with Petters "Repa Skivan", it wasn't until he moved to the States and started shopping his demos to independent labels like Grit Records that he truly started to get noticed and signed both as a producer and a solo artist. KRS-One, who was signed to the label at the time, introduced him to Boston producer Inebriated Beats and started using them kind of like a proudction team. Soul Supreme is responsible for some of the most powerful and underrated records in The Blast Master's 2001-2002 career such as "Believe It", "Womanology", "The Only One", and "Let 'Em Have It". Having obviously pleased Knowledge Reigns Supreme, Grit Records let him record a solo album in 2004 - "The Saturday Nite Agenda". During this time his beats had gained some impact and for the album he was able to get a star studded guestlist of hip-hop royalty - AG, Party Arty, Big Daddy Kane, OC, Reks and La Da Headtoucha. As you might guess from the name the record is full of well engineered soul sampes and driven drum programming, make the LP a true gem for fans of that hardcore yet soulful US hip-hop. If you haven't heard it before do yourself a favor and find it ASAP.

After contributing several of the best beats on OC's unfinished "Starchild", Åström kind of dissapeared from the scene for a long while, instead focusing on Swedish house and alternative music under the name of The Last Days of Disco and Kocky. Since I loved so much of his earlier work I was real hyped to see him using his old hip-hop producer alias for "Straight Talk",  a DJ mix decided to a friend.


Soul Supreme AFK says: In the recent times a good friend has gone through some rough times. I'm far from home so I can't help as much as I'd want to, so I did what I can: Soulful music makes everything better so I recorded a soulful uplifting mix… Hopefully it makes him and everyone who needs it to feel better.