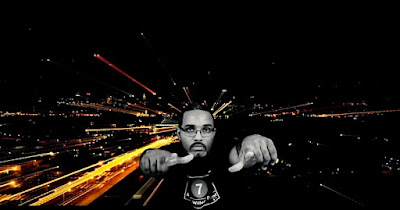 Ok so a few days back I made a compilation on Pete Rock's non-album tracks that he produced for other artists between 2012 and 2016 and it got some very good response. I always been very fascinated with the production aspect of Hip Hop, and as I started listening extensively to jazz, and some soul and funk and even rock, I find it even more incredible how talented these guys are with the way they flip classics and obscure joints to create something truly original and long-lasting as the original. On the flip side it has also exposed to me in a larger way how many how many relatively acclaimed producers don't really do jack shit and could barely be called musicians. But guys like Pete Rock, Large Professor, J Dilla, Diamond D, Buckwild, DJ Premier, Madlib, Drasar Monumental, Bomb Squad, Marley, RZA. Q-Tip/Ali Shaheed, ?uestlove and a dedicated host of others definitely creates magic by using records, turntables and samplers as instruments in their own rights and are without a doubt true musicians. I've had the pleasure of seeing several of these guys, including the holy "Illmatic" trio of Pete Rock, Large Pro and DJ Premier so I wanted to build a sequel to that well-received Pete Rock compilation I mentiond above. Hopefully this will be a series focusing on some of my favorite producers more recent works, all under the "This Is The NEW Shit" banner so stau tuned!

This time the focus is on Large Professor, perhaps the only producer that in my humble opinion ALWAYS comes with mega heat without being trapped in a standard formula. I wouldn't place in at number #1 perhaps, but can you think of a weak or even average Extra-P beat? All the way back from his early work as a 16-17 year old kid working with Inelligent Hoodlum (Tragedy), Kool G Rap and Rakim to the stuff on this compilation he always been extremely consistent. I mean Pete Rock had a few duds although he's definitely got way more heat than average beats, RZA used to be 5 for 5 but nowadays he's very inconsitent, unfortunately. Dilla is dead (R.I.P. brother). Madlib is too crazy and experimental to be consistant, and DJ Premier while he rarely puts out anything that isn't hot and a banger, he's been somewhat caught in a formula. But with Large Pro you don't know exactly what you gonna get, but you know it will be outstanding! The only time I can think that he falted a bit was on his album "1st Class", but a lot of that was weak rhymes so maybe those beats would have sounded a lot better with some other emcee rhyming over them. Case in point - the track he had on there that used the same beat Nas had recored "Star Wars" for for "Gods Son" but used for himself when Nas decided not to use it (of course he put it out  a few years later instead). Large Pro's version on "1st Class" didn't do anythng for me, the beat didn't grab me, rhymes didn't grab me, nothing. But when Nas grabbed it, I realized that beat was a monster.

So without further a due heres volume two of "This Is The NEW Shit", Extra-P's entry. As I said with Pete's entry the title might not be entirely accurate since it spans four years of productions and in this microwave musical society something is ony NEW for a week but fuck it i'm stuck in the old when we were happy when an artist dropped an album every 3 year or so, no mixtapes, maybe a soundtrack cut here or there and a guest feature or guest production.,Either way there's a lot of heat here and most likely a few cuts you've missed out on before. I got 16 songs here for y'all listening pleasure, almost all of them in 320 kbps bitrate and clocking in at 60 minutes. Don't forget that he also produced the abslutely marvelous full-lenght collaboration with Cormega between these years as well - as that's a full project nothing of that is included here. 'Mega is however! There's both expected and some very unexpecteed collaboratios here so all I can suggest is grab it, sit back and enjoy.... Oh and turn that shit up! 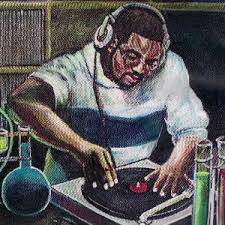