Between A Rock & A Smooth Place

Hope all my readers had a great New Year's eve! With talk of a Pete Rock and CL Smooth reunion in 2011 what better way to start the new year with than a banging collection of their more rare work. While their career as a duo was certainly short the duo managed to produce two classic albums in "Mecca & The Soul Brother" and "The Main Ingredient" and their debut EP, "All Souled Out". Before they broke up in early 1995 they released a slew of dope B-sides and soundtrack contributions (tracks 1-8). Since then they have only re:united sporadically with selections on Pete Rock's solo LPs and various side works (tracks 9-16). One thing is for sure; despite their differences, whenever they come together to create music the chemistry is still intact and allows the magic to be placed on wax. I just used the cover from their Best Of album, "Good Life" (why the hell not right?`). 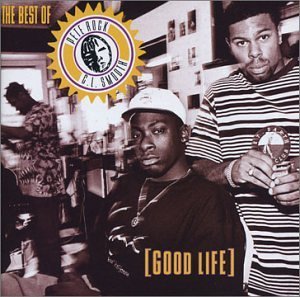